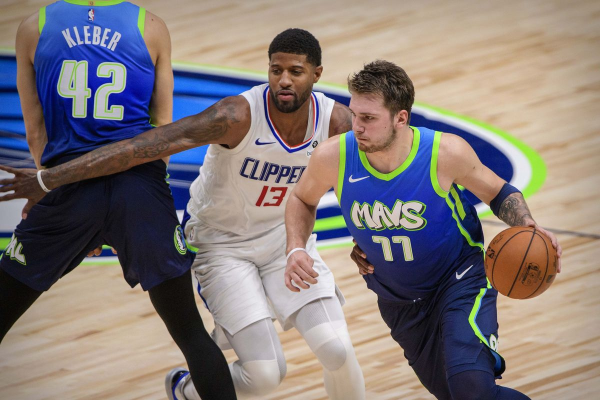 It is a mind-blowing series as we all expected and it’s difficult to pick a favorite in this match-up. Both teams have shown up hungry each outing which has led us to what is to be a thrilling game 6 that could send one team to the next round and the other, back home. That said, things are looking extremely good for the LA Clippers as they are in a better form and have their starting lineup all fit as opposed to the Mavericks ridden with injuries as the series progressed.

The Los Angeles Clippers will be looking to show their superiority and close out this series in what is to be a riveting game 6. The Clippers lead the series 3-2 in what has been a back and forth round after a poor outing from Rick Carlisle’s team, losing the game 154-111.

The Dallas Mavericks looked exhausted in game 5 as they were blown away by a 43-point win margin and could not match the pace and shooting accuracy of the Doc Rivers’ team. Paul George who had a poor outing in games 2,3, and 4 ended game 5 with 35 points shooting 12/18 from the field, 4/8 from 3-PT range, and 7 /7 from the free-throw line. Luka Doncic who was outstanding in game 4 and scored the buzzer-beater in OT to win the game was a shadow of himself in game 5 as he ended the game with 22 points and had 5 turnovers.

It will be an uphill task for the Mavericks who will be looking to take this series to a game 7. With Kristaps Porzingis out with a knee injury, Luka (ankle), and Dorian Finney-Smith (hip) all listed as questionable to play, the Mavericks attack will have a lot of work to do. Tim Hardaway Jr and Seth Curry will have to step-up and be focal points for the offense. Maxi Kleber and Boban Marjanovic – who had an excellent outing in game 2 – will have to play more minutes and hopefully, lead their team to a win.

With the game 5 performance of the Clippers who will want to close this out as quickly as possible, we can expect somewhat of a repeat showing of their intensity and accuracy. It will be wise to favor a double-digit lead with FanDuel having a Clipper win with 11+ point margin at -115 which is a very good pick.

The return of Kristaps and/or Luka might put pressure on the Clippers team but that’s all it will be – pressure. It is highly unlikely to witness the Clippers lose this match-up with the momentum they have going after the emphatic win in game 5. Doncic went crazy in game 4 and got the win for his team in OT. The chances of a repeat performance are slim, hence, a win for the Clippers is the most attractive pick right now.

Whoever wins this round will go on to face the winner from the Utah Jazz vs Denver Nuggets match-up with the Jazz team leading the series 3-2. The Clippers are the favorites even if it gets to game 7, but if the Mavericks can make some magic happen, they will move on to the next round.