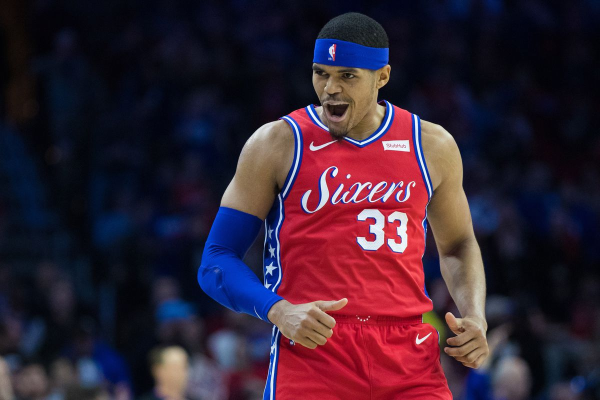 With the seeding portion of the regular season coming to a close and playoffs set to kick off next week, the NBA is looking to be in good shape to finish their season despite the concerns of a global pandemic. The regular season is coming to a close, and Friday will feature an exciting matchup with the Philadelphia 76ers (42-30) taking on the Houston Rockets (44-27) at AdventHealth Arena. Tipoff is scheduled for 9:00 pm ET.

For the Philadelphia 76ers, they have clinched the sixth spot in the Eastern Conference and will be taking on the Boston Celtics (third seed) in the first round of the playoffs. While that series is set to kick off on Monday, the 76ers will close out their last regular-season game with a win before moving onto the playoffs.

For the Houston Rockets, they will be facing the Oklahoma City Thunder next week in the first round of the playoffs. While this game is meaningless in seeding, the Rockets would love to snap a two-game losing streak heading into the playoffs.

According to FanDuel, the Rockets come into this matchup as the favorites on the moneyline sitting at -186. The 76ers sit at +156. In terms of the spread, the 76ers are being spotted 4.5 points as the underdog.

On the offensive side, the Houston Rockets are one of the best teams in the league. They currently rank 2nd in the NBA in points per game at 118.1. For Philadelphia, they come in 21st overall averaging 110.4 points per game.

On the defensive end, it is the Philadelphia 76ers who hold a significant advantage. In average points allowed to opponents, the 76ers rank 8th overall allowing just 108.5 points per game to opponents. For the Rockets, they fall to 22nd overall, allowing 114.6 points per game.

Philadelphia Hopes To Be Healthy For Playoffs

As the Philadelphia 76ers head into the playoffs next week, this is not the scenario that they were envisioning. One of their superstars, Ben Simmons, is likely out for the remainder of the season after having surgery on his left knee. Center Joel Embiid is questionable as he has been dealing with a variety of injuries, including a sore left ankle.

Still, with the seeding wrapped up for the club, it will be interesting to see how much these guys play.

Rockets Trying To Get Back Into Win Column

Like the 76ers, it would not shock me to see many of the Rockets’ regulars sitting the bench in a meaningless game Friday. That means probably no James Harden (or at least limited minutes) in this one. Westbrook is also out with an injury.

Taking The 76ers And The Points

With both of these teams locked into their playoff spots, this becomes a bit of a meaningless game. I would anticipate that this game becomes more about preservation than winning.

As a result, I anticipate that both teams will rest their superstars and limit anyone in their regular rotation. With so much uncertainty about who is going to play, I lean towards the team being spotted the points.