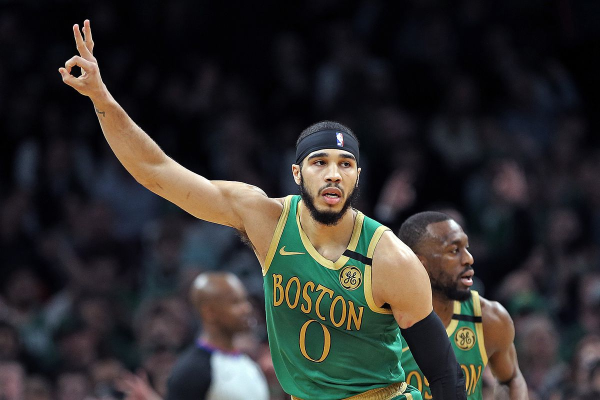 After several months of shutdown followed by a three-week seeding regular season, we are now full force in the NBA playoffs. Teams are battling to stay in the NBA bubble at Walt Disney World with aspirations of winning the NBA championship.

Wednesday night features a very intriguing Eastern Conference matchup as the Philadelphia 76ers (0-1) will be taking on the Boston Celtics (1-0) at the HP Field House. After the Celtics took game one, the 76ers are trying to even the series. Tipoff for this one is scheduled for 6:30 pm ET.

In the first game of this series, the Celtics won 109-101 in large part thanks to forward Jayson Tatum and guard Jaylen Brown. Tatum had 32 points and 13 rebounds in the win while Brown chipped in 29 points, six rebounds, and four assists.

In the loss, center Joel Embiid led the way with 26 points and 16 rebounds while Josh Richardson added 18 points and six boards.

According to FanDuel, the Celtics come into this one as the favorites with the Moneyline set at -190. The 76ers sit at +160 for an underdog win. The Celtics are -4.5 favorites, while the over/under for total points scored is 214.

Both of these teams are pretty elite defensively. Boston holds the advantage as they rank 2nd in points allowed per game at 107.3. The 76ers are 6th best defensively, allowing an average of 108.4 points per game.

76ers Hoping To Get Spark Against Celtics

The 76ers seemed a bit flat in game one against Boston and likely have a tough time overcoming the Celtics in this series. Philly’s chances were dampened when Ben Simmons was injured and underwent surgery on his left knee.

This season, Simmons had been averaging 16.4 points on 58% shooting while also contributing 7.8 rebounds and eight assists per night. That is a big production, all of the sudden absent from Philadelphia’s lineup as Simmons is out for the rest of the year.

With Simmons out, it puts even more pressure on center Joel Embiid. During the regular season, Embiid averaged 23 points and 11.6 rebounds but was hampered with injuries at times this season.

The Boston Celtics would love nothing more than to put the 76ers down 2-0 right out of the gate, and if they get games as they did from Jayson Tatum and Jaylen Brown again Wednesday, the 76ers could be in trouble.

Aside from these two, though, the Celtics have plenty of other contributors. In game one, Kemba Walker went for 19 points and five assists while Gordon Hayward chipped in 12 points, four rebounds, and three assists. It would not be surprising to see these two have even bigger games Wednesday given that Walker averaged 20.4 during the regular season, and Hayward averaged 17.5.

Taking The Celtics To Win And Cover

While the Celtics might not be the deepest team in the playoffs, they have tons of talent to take on any opponent. They are especially dangerous as they can take care of business on both ends of the floor.

While I don’t think Jaylen Brown and Jayson Tatum will go off quite as much as they did in game one, I still believe that the combination of their offense and their shutdown defense is enough to give a Ben Simmons-less 76ers team fits. For my money, I think the Celtics are not only going to win this one but will likely cover the 4.5 points also.