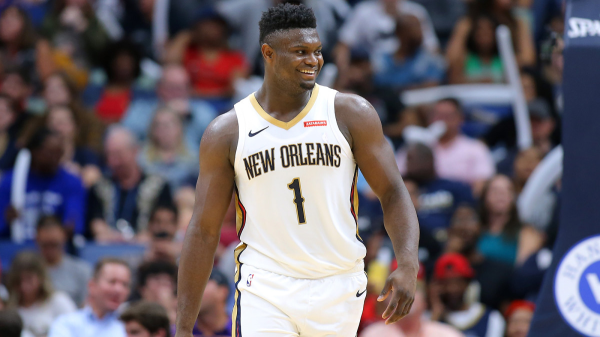 All teams have now played their first match in the 2020-21 NBA season. The New Orleans Pelicans and the Miami Heat will face-off next, with the Heat looking to record their first win.

The Christmas Day showdown will be held at the American Airlines Arena in Miami at 12 Noon ET where Miami will seek to use their home-court advantage to come back from the 113 – 107 loss against the Orlando Magic in their opener.

The Pelicans started the season on a very good note, securing an underdog road win against the veteran Raptors which many did not see coming.

At FanDuel, Miami comes into this fixture as 4.5-point favorites (-210 on the Moneyline) while the Pelicans have a Moneyline of +162. The total for this one stands at 224.5.

The youngsters in Miami had an impressive showing in preseason and their first game of the new season. Tyler Herro and Duncan Robinson were sharpshooters in the first match but it was not enough to quell the Magic. Bam Adebayo put on an amazing display, recording a double-double with 25 points and 11 rebounds. The veteran point guard, Goran Dragic, recorded 20 points and seven assists.

Jimmy Butler was rested throughout the preseason, and so, is expected to come back energized. His presence on the court is a well-needed addition if the team is going to get on winning ways early on this season.

Pelicans Off to a Great Start

The franchise has embraced a youth squad movement that did not do them much good in the 2019-20 season. However, the 2020-21 season has started on an incredible note for them, following an unexpected comfortable win against the Toronto Raptors.

There are some exceptional talents in the squad that many say lack experience but have come out guns blazing in the new season. No one is sure how far the team will go, but Pelicans fans will be excited to see their team start on a positive note. The team finished the 2019-20 regular season as third-bottom in the Western Conference and did not make it to the bubble postseason.

Zion Williamson is the key player for new-look New Orleans, but we cannot overlook the presence of first-time NBA All-Star, Brandon Ingram, who made his way to the team last year, and young point guard, Lonzo Ball (both of whom were acquired in the Anthony Davis trade). Ingram led his team in scoring last season with 23.8 points, 6.1 rebound and 4.2 assists per game and opened his 2020-21 account with a 24-point, 9-rebound and 11-assist performance against the Raptors.

Zion made his first opening day start after he missed out last season due to injury. The rookie, once again showed why he is a force to be reckoned with, recording 15 points and grabbing 10 rebounds. His matchup against Siakim was fierce, but he was able to hold his own. The likely starters for the team will be Lonzo Ball, Josh Hart, Brandon Ingram, Zion Williamson, and Steven Adams. It will not be easy to secure a win against the Heat, but the youngsters look hungry enough. And with that hunger, we could witness another upset for the Pelicans.

Betting Advice for Pelicans vs Heat

The Pelicans went Over the bookies total in all their preseason games and opened the 2020-21 season with another high-scoring performance that toppled the total.