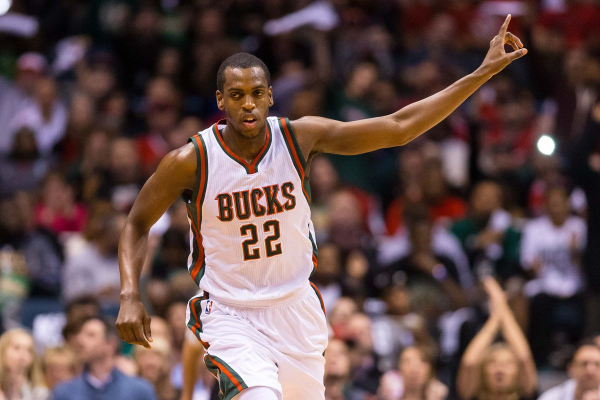 After showing they were the best team in the NBA during the regular season, the Milwaukee Bucks look to translate that into postseason wins. On Thursday, the Bucks (0-1) will square off with the Orlando Magic (1-0) at the HP Field House. Tipoff is scheduled for 6:00 pm ET.

While the Bucks were the best team during the regular season, that did not intimidate the Magic, who won the first game of this series 122-110. While Milwaukee will be looking to even it up, the game one win likely gave Orlando a serious confidence boost.

In taking the 1-0 lead, center Nikola Vucevic led all scorers with 35 points. He also chipped in 14 rebounds and four assists while Terrence Ross added 18 points and six rebounds.

Giannis Antetokounmpo led the Bucks in the loss with 31 points, 17 rebounds, and seven assists. One player the Bucks will look to get more from is forward Khris Middleton, who had just 14 points, six rebounds, and four assists.

According to FanDuel, the Bucks are overwhelming favorites with a Moneyline of -950. The Magic sit at +640 to win. The Bucks are also giving 12.5 points in this one while the over/under for total points scored is 227.5.

The Milwaukee Bucks were the best offense in the league this year. They rank 1st in points per game, averaging 118.6. The Magic rank 24th in that category averaging 107.5.

Orlando on paper is the better defensive team in this meeting, ranking 5th in points allowed (108.3).

No one expected the Bucks to flop in the opener of this series, but the Magic certainly took advantage of it. Orlando was the benefactor of a Milwaukee team that thought they only had to show up to win.

Vucevic played on another level in game one. He was solid this season, averaging 19.6 points, 10.9 rebounds, and 3.6 assists.

Other significant contributors during the regular season included Terrence Ross (14.7 points), Jonathan Isaac (11.9 points), Aaron Gordon (14.4 points), Markelle Fultz (12.1 points), Evan Fournier (18.5 points), and D.J. Augustin (10.5 points, 4.6 assists). They will need their players to continue to step up to have a chance to steal game two.

Bucks Look To Get Back To Winning Ways

While the “Greek Freak” can’t do it all on his own, he can certainly do a lot. During the regular season, he averaged 29.5 points, 13.6 rebounds, and 5.6 assists, so it isn’t surprising to see him put up a monster line.

One other player the Bucks need to step up is center Brook Lopez. Not only did Vucevic embarrass him on the defensive end, but he wasn’t much on the offensive side. During the regVucevic embarrass himular season, he averaged 12 points and 4.6 rebounds but only had 5 points in game one.

Taking The Bucks To Win, Magic To Cover

On the one hand, I have a hard time seeing the Bucks have back-to-back bad games. I think you will see some of the supporting cast step up, and I thoroughly expect them to pull out a win in this one.

With that being said, it is hard to bet against a team that won game one and is being spotted 12.5 points in this one. As I mentioned, I expect the Bucks to win, but I will take the Magic +12.5.