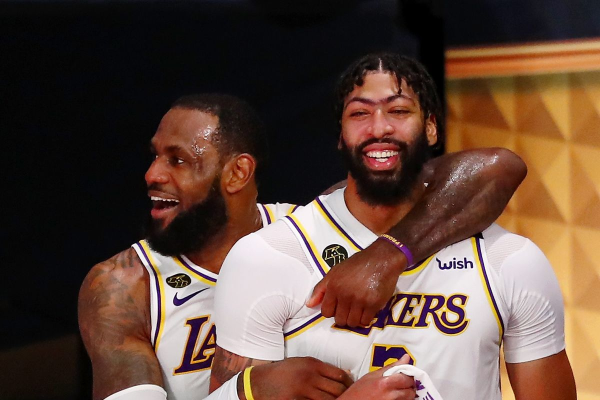 Now that the bubble has concluded with LeBron James lifting the Lakers to a title, it’s time to start planning for next season. The teams that lost will come back hungrier than ever while re-tooling and adding more.

The Clippers have a new coach, the Lakers have to make many roster decisions, and Giannis Antetokounmpo will hopefully be healthy in 2021. Read on to find out the teams with the best 2021 NBA Championship odds.

Of course, the defending champions come in with the best odds for next year. The Lakers are +375 favorites to repeat next year, with the two biggest pieces most likely to return. James is under contract already, and Anthony Davis is planning to sign a lucrative five-year extension.

Several key pieces could be leaving the Lakers this summer. Dwight Howard and Rajon Rondo will be unrestricted free agents, both among the several pieces they need to make decisions on. It’s pretty easy to say that Los Angeles would not have won last year’s championship without Rondo around. So, they should try as hard as possible to keep him.

They should be looking to extend Markieff Morris and sign some better shooters that can consistently impact the game.

Right behind the Lakers are the Clippers at +400. They made a big splash already by moving on from Doc Rivers and inserting Ty Lue into the head-coaching spot. Lue won a title while at the helm of the Cleveland Cavaliers a few years ago, and he fills their need of gaining discipline.

The Clippers were a poorly disciplined-team last year, which led to their untimely round two exit against the Denver Nuggets. Players were talking behind each other’s backs, and Paul George was playing like a washed-up star. Kawhi Leonard and company will be a significant threat in 2021.

Rounding out the top three, we have the Bucks at +600. It was truly a surprise to see them bow out against the Heat in round two. But the bubble and time off clearly hurt them more than other teams. They went 53-12 before the league shut down and were never the same in the bubble, struggling to a 4-1 series win over Orlando in round 1.

We’ll see if they opt to trade Eric Bledsoe and re-shape the roster around Giannis and Khris Middleton this summer.

The Golden State Warriors enter with the fourth-best odds to win and making a sixth title appearance in seven years. They have +800 odds, just ahead of the Brooklyn Nets. It will take a lot for them to get that far, but with Steph Curry and Klay Thompson coming back and a top draft pick joining the team, they will be a must-see.

The Nets follow at +1000, only ranked so low because of chemistry. Kevin Durant hasn’t played since the 2019 NBA Finals, while injuries limited Kyrie Irving to just 20 games last year.

The team will be counting on these two superstars to stay healthy and lead the team to big things. If either of them struggles with injuries, they have no chance.

Boston is next at +1200. They were two wins from the NBA Finals last year, even with basically no bench. They will need to address that, plus consider adding a big man that can be a little more mobile on the defensive end. Either way, they will be in the conversation for the entirety of next year.

Surprisingly, that leaves the Miami Heat with the seventh-best odds, coming off a trip to the last series.