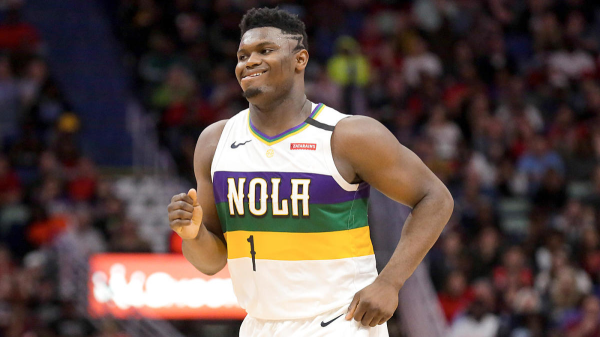 After several days off for the All-Star break, play continues to resume on Friday, and one of the matchups features a pair of Western Conference foes hoping to make a run at a playoff spot in the second half. On Friday, the New Orleans Pelicans (23-32) travel to the Moda Center to take on the Portland Trail Blazers (25-31).

If the playoffs started today, both of these teams would be on the outside looking in. Portland sits in 9th in the West, four games behind the Grizzlies. The Pelicans sit in 11th, 1.5 games behind the Portland.

This is actually a rematch of a game from a little over a week ago, a game that the Pelicans won 138-117 at home. Tipoff for this one is scheduled for 10:30 pm ET.

For the New Orleans Pelicans, they went on a bit of a hot streak, winning three of their last four going into the break. With that in mind, they did lose their last game before the break, 123-118, at home against the Thunder.

Still, with Zion Williamson healthy and playing, they have seemed like a whole new team, one with some excitement and vigor. In fact, while it may have seemed a long shot early in the season, the Pelicans would love to make a push to try to close the gap on the number 8 seed.

They will try to start the process if they can beat Portland on the road.

They have had one of the most dynamic players in the league in Damian Lillard, but have struggled to put together long stretches of solid play. They will look to take advantage of the break and come back fresh at home against the Pelicans on Friday.

The New Orleans Pelicans come into this one as 1.5-point favorites despite playing on the road.

Pelicans Looking To Close The Gap

While they may not be title contenders this year, the New Orleans Pelicans have certainly shown flashes of an up and coming team, particularly with Williamson back in the mix.

Since returning, Williamson is averaging 22.1 points, 7.5 rebounds and 2.2 assists per game. In his last two games, he has had back-to-back 30 point game, including a 31-point, nine-rebound, five-assist line against the Trail Blazers back on February 11.

As strong as those numbers are, he hasn’t been the best player on the floor for the Pelicans this season. Brandon Ingram has certainly raised his game this year. He is averaging 24.9 points, 6.4 rebounds, 4.2 assists and one steal per game.

Trail Blazers Trying To Get Started On Right Foot

When healthy, the Portland Trail Blazers certainly have talent. One of the problems for them right now, though, is they are struggling to stay healthy. The biggest concern is for All-Star guard Damian Lillard.

In the waning minutes of their last game, he strained his groin. This forced him to have to miss the All-Star three-point contest and the All-Star game, and he is questionable for Friday’s game.

If he is a no-go, then the Trail Blazers may definitely be in trouble as he has been averaging 29.5 points, 4.4 rebounds, 7.9 assists and one steal per game.

Other injuries that the Trail Blazers are dealing with include injuries to Rodney Hood, Jusuf Nurkic and Zach Collins.

If Lillard is out, expect CJ McCollum to become the focal point of the offense. On the season, he is averaging 21.3 points, 3.9 rebounds and 3.8 assists.

Taking Pelicans To Cover On The Road

This one comes down to health for me. I am not sold that Damian Lillard will go in this one, and if he does, I am not sure that he will truly be at 100%. With that in mind, the Pelicans come in rolling and are certainly clicking on the offensive side.

They were able to easily take care of the Trail Blazers just a little over a week ago and, while that was at home, I expect them to do the same at the Moda Center. For my money, I am taking the Pelicans at -1.5 despite playing on the road.