Nets Stun Lakers; Brooklyn A Threat In The East? 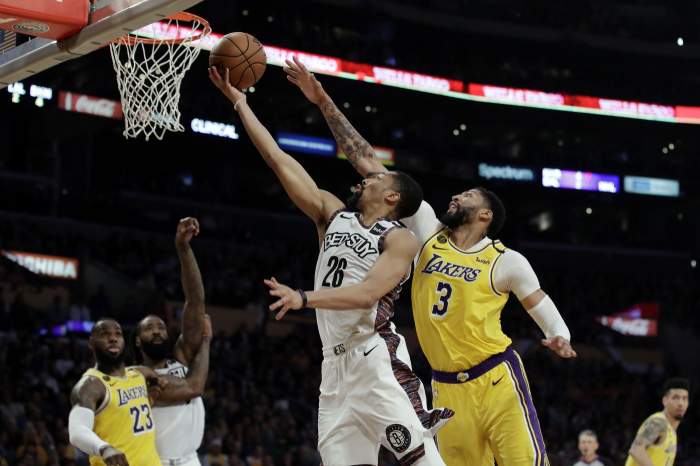 Interim coach Jacque Vaughn had only a single game under his belt in charge of the Brooklyn Nets before taking his team into Los Angeles to face off against the Lakers. After making a coaching change, nobody expected Brooklyn to compete with the Western Conference leaders.

Boasting a 23-7 record at home, the Lakers were an 11.5-point favorite over the visiting Nets, who carried their 11-20 away record into Los Angeles.

None of that seemed to matter much as the teams went back and forth over the next 48 game minutes.

After a strong first quarter, the Lakers were bested by the Nets over the next two periods of play, including a 31-22 third. By holding Brooklyn to just 17 points in the fourth quarter, the comeback was on.

It was all set up so perfectly for Los Angeles, which had a two-point deficit in the final moments.

LeBron James received an in-bound pass with five seconds remaining in the contest. He drove left and passed the ball to an open Anthony Davis, who launched a three-pointer with one second on the clock.

The shot would miss its target, and the Nets would upset the Lakers by a score of 104-102.

James’ 29 points, 12 rebounds, and nine assists and Davis’ 26 points and eight rebounds weren’t enough to earn the victory. Spencer Dinwiddie and Caris LeVert led the Nets with 23 and 22 points, respectively.

Can the Nets Make Noise In Playoffs?

With stars Kevin Durant and Kyrie Irving sitting out the rest of the season, the Nets’ true championship aspirations will kick off at the start of the 2020-21 season. However, Brooklyn will have a chance to pull off a postseason upset and make some noise before this year is in the books.

At 30-34, the Nets currently own the seventh seed in the Eastern Conference. They hold just a half-game lead over the 30-35 Magic but are well ahead of the 24-40 Wizards, who are the first team outside the eight playoff spots.

Depending on how the top of the conference shakes out, the Nets could wind up facing the Bucks, Raptors, or Celtics in the first round of the postseason. Do they have a chance to advance?

While Brooklyn doesn’t figure to threaten 53-12 Milwaukee, it shouldn’t be written off against Toronto or Boston. The Nets have taken down the Celtics twice, included an overtime win earlier this month, and have beaten the Raptors once this season.

And after proving themselves against a team like the Lakers, who are the favorites to win the Western Conference, Brooklyn may very well be able to push a series to the limit against the right opponent when the playoffs come around.

The Eastern Conference feels stacked at the top, at least compared to recent years. Beyond Milwaukee, teams like Toronto, Boston, and Miami have shown signs of greatness this season. Even the likes of Indiana and Philadelphia are solid teams with championship aspirations.

So, it’s no surprise to see this version of the Nets – without Durant and Irving – as longshots in the eyes of oddsmakers.

While they’re not the +150000 longshots the Knicks are, the Nets are still longshots to win the conference no matter how you slice it.

However, Brooklyn is apparently a tough team to evaluate. While some books have the Nets at +15000, others are giving this team more respect by sticking them with odds of +4000.

For now, it appears a first-round upset is the best-case scenario for the Nets.