NBA Wednesday Review: Another Historic Night in the League 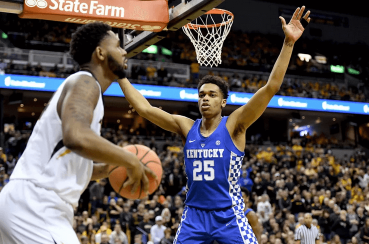 In case you missed it, the NBA was buzzing as usual last night, and we saw game-winners, records being broken, and some big-time performances from the games brightest stars. We’ll waste no time and dive right in.

We start in Detroit, where the surging Pistons were able to take care of business against the Wolves and finally climb back over .500 in the process. It was an up and down beginning for them, and now they have all of a sudden surged into the #6 spot in the East. The most surprising and also exciting moment of the game, came as the first quarter was coming to a close. Andre Drummond caught the inbounds pass, and proceeded to knock down the newly-patented “Luka Doncic” step-back three to beat the buzzer! Detroit trailed by 16 before the shot went down, and would use it as positive momentum, scoring 109 points over the next three quarters to get the win.

The Phoenix Suns continued their confusing—but impressive—winning streak last night. A 107-96 victory at the hands of the hapless New York Knicks. Devin Booker led the team once more, as he did against both the Lakers and the Bucks. D-Book scored a game-high 41 points, making 14 of 23 shots (six of 10 from deep) while grabbing five rebounds and dishing out four assists. Because the team is so un-used to winning, and the fact remains that Booker cannot consistently lead them to victories, his fantastic statistics are often overlooked. He’s averaging 25-4-7 per game this year, shooting 46% from the floor. And this man did not get any type of consideration for the All-Star Game. It’s truly crazy that one of the best scorers in the game is ignored to heavily.

We had a thriller in Chicago, where the Bulls and Sixers were battling it out on ESPN. When these teams had last met, the game was won by a few Ben Simmons foul shots. This time, it was Zach LaVine delivering the game-winning basket, before the Sixers got two opportunities to replay the same situation at the end of the game. You read that right. After an unsuccessful inbounds pass to Jimmy Butler, it seemed the game was done. But the clock was started too early, and so they tried again. 10 minutes later, they replayed it, but Otto Porter Jr. was being drug tested and could not play. Anyway, they tried the same play, it didn’t work again, and Chicago won 108-107, led by Zach LaVine’s 39 points.

It seems we may have a new folk hero in the NBA. We have seen the likes of jersey-biting Kobe, un-tucked jersey Kyrie, and mask-LeBron. Enter black-eye Gordon Hayward. He suffered this bruise under his right eye during the game against the Rockets, in the midst of his worst stretch of the season. Well, he responded with a 30-point effort against the Warriors on 12-16 shooting, with seven rebounds, and then by hitting the game-winner with Kyrie out against Sacramento. He shot 6-10 and had a 12-3-5 line, but the dagger is what mattered. As long as he’s got that black eye, Hayward is unstoppable.

Last but certainly not least, we go to the Nuggets-Lakers game. Though LA lost yet another one, and it seems they are all but out of the playoff hunt, LeBron James accomplished something huge. During the second quarter, an and-one layup saw him surpass the real greatest-of-all-time, Michael Jordan, at the #4 spot on the all-time scoring list. LeBron was showing great emotion after accomplishing such a feat, as you would expect anybody making such history to do. His team got blown out again, but for one night, we’ll allow this positive to be the story for the Lakers. We also learned about Alex Caruso’s subtle sense-of-humor.