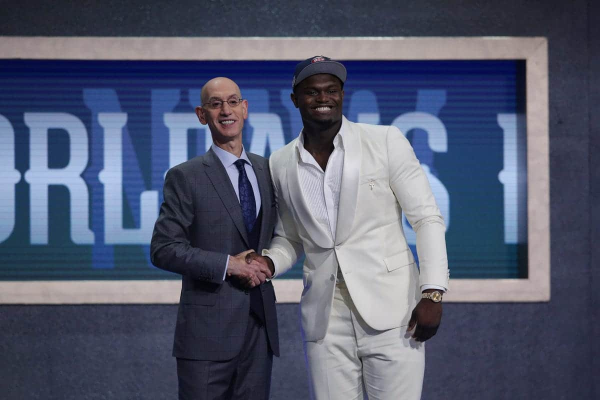 The drama and storylines of the 2019 NBA Draft have come and gone, but how does it affect potential competitors for the 2020 NBA Finals?

The NBA Draft is one of the highlights of the NBA offseason, and this year’s rendition was certainly no different. That said, trades, free agent movement, and draftees all have influence on where money moves on NBA futures.

Which futures are worth a play based on the outcome of the 2019 NBA Draft?

Undoubtedly, the New Orleans Pelicans did an outstanding job in the draft by assembling one of the brightest young cores in the NBA. Through trades, and of course, the draft, the Pels have acquired a lineup with respectable depth and tons of upside. In about four or five seasons, this could easily be one of the best teams in the Western Conference if player development trajectories pan out, and older-yet-stacked squads slow down and break apart, which is an inevitable part of trading youth for winning now.

Presently, the Pelicans have +4000 (40-to-1) odds to hoist the Larry O’Brien Trophy in 2020, which is an implied chance of 2-percent to win the championship. While the odds of a Pelicans title shot, even with a soon-to-be phenom in Zion Williamson, is very unlikely in a top-heavy Western Conference, it’s a bit too early for this Pelicans core, which is still likely to be competing for a spot in the NBA Draft Lottery come next season.

Still, a longshot prop of the Pelicans making the playoffs is not the worst bet you could make in the world, but a futures bet on the championship would be akin to burning money.

The Other Two in the Top Three

For the remaining top three teams, the Memphis Grizzlies and New York Knicks, their respective selections of Ja Morant at two and RJ Barrett at three will do little to change their teams’ fortunes either. Morant, while undoubtedly becoming the face of Memphis following the departures of Michael Conley and Marc Gasol, will be part of a rebuilding effort that doesn’t come with many more pieces. The Grizzlies will still be a bottom-tier team for the foreseeable future.

And the same is true with the Knicks, whose abhorrent performance in recent years is still likely to persist even with the arrival of a potential superstar in RJ Barrett. While Williamson got all of the hype for the Duke Blue Devils, it was Barrett who often drew ire and praise alongside Zion for the much-hyped Blue Devils’ disappointing failure to win an NCAA Championship. That despite having one of the most talented cores college basketball has seen at least since the 2014-15 Kentucky Wildcats team that featured the likes of current NBA players Karl Anthony-Towns, Devin Booker, Trey Lyles, and others.

While the Knicks briefly shot up in the futures market with rumblings of a possible Kevin Durant signing, recent news of KD’s Achilles rupture obliterated any chance of a Knicks savior arriving in the form of Durant. It also seems unlikely that Kyrie Irving would be coming to New York and may instead forego the Knicks in favor of the Brooklyn Nets, who already have a core in place that is ready to compete for a playoff spot and potentially further with the right talent.

The Knicks are +4000, and the Grizzlies are +8000, and while these are great additions via the draft, don’t count on any of these acquisitions to have any serious impact on the NBA titles markets for at least a few seasons.