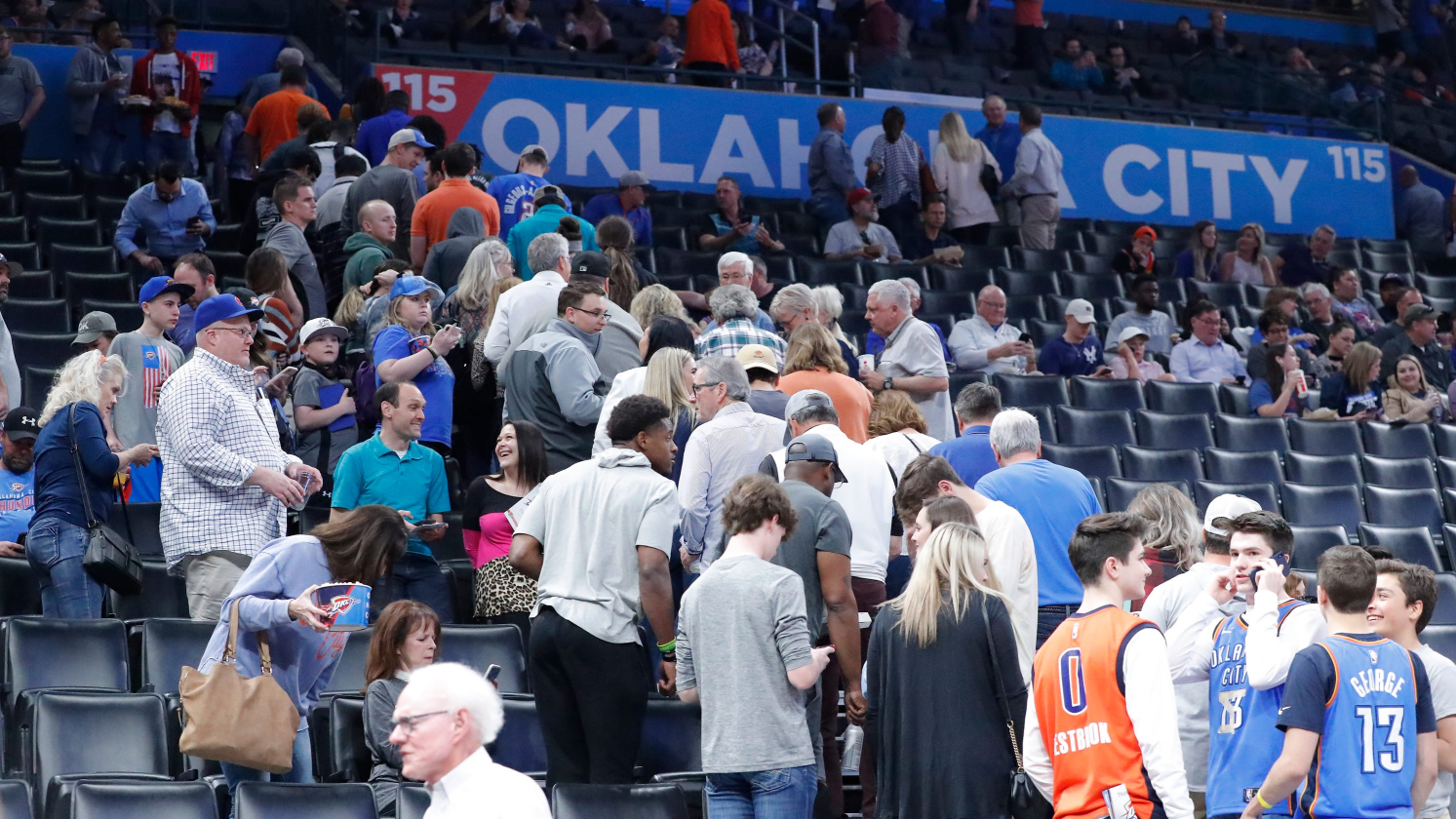 The Jazz were in Oklahoma City to take on the Thunder Wednesday evening. While the arena was filling with fans, both teams were going through their final warmups on the court. A Jazz medical staffer ran out onto the floor to share Gobert’s positive test, and preparations were halted moments before the tip.

In a statement issued Wednesday evening, the NBA announced the league’s suspension would begin after the conclusion of the night’s games.

“The NBA will use this hiatus to determine the next steps for moving forward in regard to the coronavirus pandemic,” the league’s statement added.

According to reports, the league has scheduled a call with the board of governors for 12:30 pm Eastern, which is when the NBA is expected to discuss their upcoming course of action with teams.

Dallas Mavericks owner Mark Cuban was captured on camera when first receiving news of the suspension. Much like any NBA fan, Cuban’s expression was one of shock. “It seemed more like out of a movie than reality,” Cuban said.

Cuban would go on to voice his support for commissioner Adam Silver. “I trust Adam,” Cuban said. “You know what? It’s really not about basketball or money. Literally, if this thing is exploding to the point where all of a sudden, players and others have had it, you think about your family.”

While it’s become apparent that the rules can and should be expected to change at a moment’s notice, teams were told they could continue practicing following Wednesday’s games.

Additionally, the NBA recommended that players should not have visitors from out of town.

Regarding Gobert and the Utah Jazz, players were quarantined within the arena immediately following the canceled contest. Before returning to Utah, the team was to coordinate with both the Oklahoma and Utah public health organizations.

According to reports, players on teams that played the Jazz within the past 10 days have been told to self-quarantine. The teams include:

At this point, it’s unclear what sort of testing is being done with the players on those teams. However, it’s become abundantly clear that the NBA is now taking every precaution to protect its players, staff, and teams.

At this stage, there is roughly 20% of the regular season schedule remaining. More specifically, there are 259 games that are now in jeopardy following the league-wide suspension.

For now, it’s unclear if or when the NBA season will resume.

Reactions From Around the NBA

The news of the NBA’s suspension spread during the final quarter of the Hornets-Heat game in Miami. Speaking before his team played, Charlotte coach James Borrego said, “These are scary times.”

Scary, unbelievable, and unprecedented seem to be the underlying sentiments regarding the NBA’s suspension of the current season.

However, most involved have voiced their support for Silver and the NBA league office. “We believe in the leadership of the league,” said Philadelphia 76ers general manager Elton Brand.

Langston Galloway of the Pistons, which is one of the teams told to self-quarantine after having played the Jazz within the last 10 days, spoke on the situation, saying, “I’m sure I probably had contact with (Gobert). But at the same time, like I said, (I’m) just taking precautions.”

As far as betting goes, books are currently not offering any live odds. Apart from outliers, all bets on games that were canceled Wednesday night have or are in the process of being refunded.