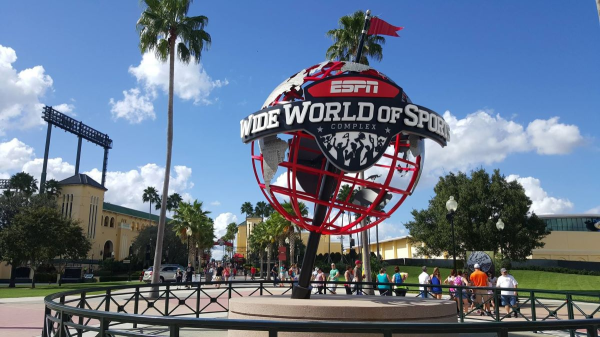 The NBA, like every other major sports league in the world, has learned that adaptability is the key to navigating a global pandemic. In the face of the coronavirus, the league has come up with a unique return-to-play plan that would have 22 teams descend on Orlando, Fla., to finish the season.

According to reports, the NBA board of governors will be voting on an official proposal, which will be presented by commissioner Adam Silver.

As of right now, the plan to restart the professional basketball season would include 22 teams, allowing the NBA to create a cut off between the teams without a shot at the playoffs and those that were still in contention for a postseason berth when the league was shut down in March.

July 31 would be the targeted start date after a training camp period earlier in the month. Should the NBA Finals go to a Game 7, the season would end on Oct. 12, according to the current version of the NBA’s proposal.

Although nothing is set in stone, most expect that the NBA Draft and the opening of free agency would take place later in October.

While any return-to-play plan would require a three-fourths vote of all teams, the expectation is that the vast majority of owners will fall in line. The league and the NBPA are still discussing details, and the structure of the plan may still be altered.

With one eye on local TV deals, the NBA is zeroing in on a plan that would include approximately six to eight regular-season games in the lead up to any playoff basketball. However, not all 30 teams will be included.

According to reports, the 16 teams currently in playoff position will be joined by six teams within six games of the eighth seed in either conference.

Of those six teams, just one hails from the Eastern Conference: Washington. The rest of the list is made up of New Orleans, Portland, San Antonio, Sacramento, and Phoenix.

After designated regular-season games, a play-in tournament would decide the final playoff field.

The reward for earning the top seeds in either conference is normally receiving home-court advantage throughout the playoffs. With all teams playing in Orlando, that won’t be the case this year.

So, some of the teams high up in the standings have been discussing ways to recreate some sort of advantage once the postseason gets underway.

Some of the potential advantages range from the radical to the pedestrian:

None of these ideas, or others, have been officially proposed, and any proposal made on this front is unlikely to pass with approval needed from both the NBPA and NBA board of governors.

Despite the lack of home-court advantage and the inclusion of a unique return-to-play format, a familiar trio of teams continues to lead the way in odds of winning the NBA Finals.