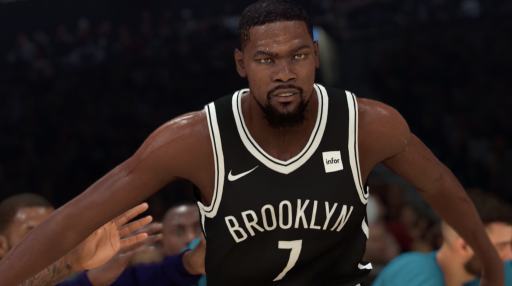 To create some entertainment for us sports fans during the COVID-19 outbreak, the NBA has stepped up to the plate with an interesting rendition of competitive basketball. While this may not be the cure to all of our needs during these trying times, it’s something that can perhaps take our minds off the chaos all around us.

On Friday, ESPN will televise a tournament of 16 NBA players playing the popular video game NBA 2K. The 16-player field was determined by the player’s actual rating in the video game, in addition to the number of years they have been in the league.

The first-round matchups include (player’s rating in parenthesis):

Durant comes in as the top seed in the NBA 2K Tournament. While his game translates well to the virtual court, perhaps KD’s best asset could be the many weeks of practice he’s had. Because of a torn Achilles injury in last year’s NBA Finals, Durant has not played at all this season, and that has allowed him to play more NBA 2K than anyone else.

Although Cousins could be thrown into that conversation as well. KD’s former teammate on the Golden State Warriors last season suffered a torn ACL in his left knee during a pick-up game in the offseason. If you believe the theory that Boogie has been able to play more video games, perhaps that +1600 bet for him to win it all comes back nicely.

One player’s odds that pop out, compared to his seed, is none other than Phoenix Suns center Ayton. His +650 odds to take home the crown is not linear with his No. 10 seed. Continuing with the theme of players having time to play the video games, Ayton was suspended for 25 games because of PED use at the beginning of the season. Ayton is admittedly a video-game enthusiast, playing NBA 2K and Fortnite religiously even on game days.

“It’s a ritual. I have to do it,” Ayton said. “Every little opportunity I have. As soon as I wake up, Fortnite or 2K. Breakfast? After film? I’m playing it. I’m playing it.”

This is clearly uncharted territory for us as bettors, wagering on players we’re not too sure about with their skill sets on the controllers. Of course, we know exactly what they can do on the real basketball court.

Nevertheless, it’ll be fun to see these guys mic’d up and trash-talking on one another in this format. After all, it’s not like we’ll be doing anything even more exciting on Friday night. My, how times have changed.