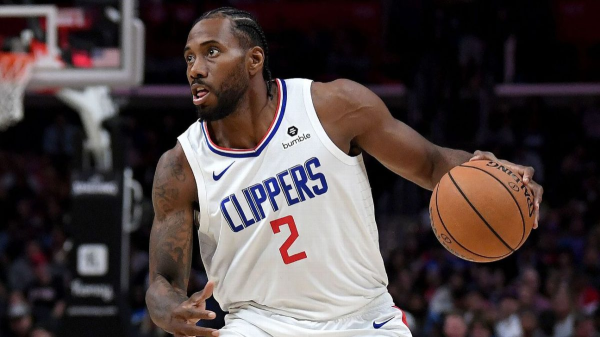 Opening night of the NBA season is here, and you couldn’t ask for a better Western Conference matchup to get things rolling. The Los Angeles Lakers (37-45 last season) will take on the Los Angeles Clippers (48-34 last season) in a battle between perhaps the two most talked-about teams of the offseason. Here is a preview for Tuesday night’s game, along with odds and a preview.

Where to begin for the purple and gold. The Lakers enter the season with a revamped roster, highlighted by their new big man, Anthony Davis. Davis, who was acquired in a trade from New Orleans for Lonzo Ball, Brandon Ingram, Josh Hart, and multiple draft picks, will be the other half of a dynamic duo with LeBron James, as the two will push to bring the Lakers back to the playoffs for the first time in six years.

Seeing how active the Lakers were this offseason made the Clippers get aggressive, and it paid off in not one but two new superstars. In one night, the Clippers signed Kawhi Leonard and traded Danilo Gallinari, Shai Gilgeous-Alexander and multiple first-round picks for Paul George. Leonard and George are the two new faces of the franchise who will aim to bring the Clippers their first championship in team history.

Unlike the Lakers, the Clippers kept most of last year’s roster intact, with Lou Williams, Montrezl Harrell and Patrick Beverley all still in the fold. They did add veterans Maurice Harkless and Patrick Patterson, however, in an effort to add more depth to the roster.

So much has changed for each of these teams compared to last year, so it’s hard to evaluate based on last year’s stats. But based on personnel, we can figure out where improvements may occur.

For instance, the Lakers had the second-worst three-point percentage in the NBA last season at 33.3 percent. But this year, with Green, Bradley, Cook, and even Davis to a degree, expect that number to climb. And with a high-efficiency player like Davis being the new focal point of the offense, L.A. will more than likely improve on their 23rd-ranked Offensive Rating.

The Clippers will see huge improvements on the defensive side of the ball, where their Defensive Rating last year was 111, tied for 19th. Leonard and George are two of the best two-way players in the sport and will help bring more balance to the Clippers. They should also improve the team in steals and turnovers, as they ranked in the bottom-third in the league last year in both.

With all of the talk about the new superstar duo on the Clippers, one half of that duo isn’t playing just yet. George is still recovering from offseason shoulder surgery and is not expected to return until November. That means it’s Leonard’s team in the interim, starting with this game.

The Lakers are banged up as well. Kyle Kuzma, one of the only players from last season still on the roster, has been ruled out with a foot injury. Point guard Rajon Rondo is also questionable with a calf injury.

For the first time in his career, James is likely the second-best player on his own team. That’s how good Davis is, and he should adjust to life after New Orleans seamlessly. Last season, Davis averaged about 26 points and 12 rebounds a game with nearly 2.5 blocks and should produce similar numbers this year for the Lakers.

The Lakers are -3 tonight against the Clippers, in large part due to the George injury. Nevertheless, it is still expected to be a close contest. Furthermore, the point total is 225.5, six points less than the Pelicans-Raptors game that precedes this one.

For this one, I’m going with the Clippers. The ability to bring Williams and Harrell off of the bench will be huge, especially when the Lakers won’t have nearly enough firepower on their second team to match with Kuzma out. In addition, the Clippers have all played together over the last couple of years under Doc Rivers, while the Lakers have a new roster and new coach in Frank Vogel and will need a few games to build chemistry. I’m taking the Clippers +3 to win this highly-anticipated game.