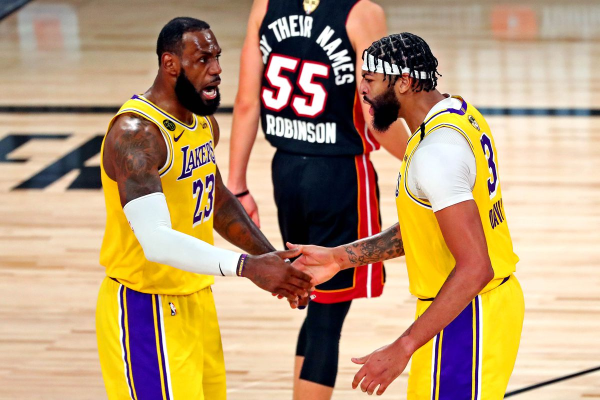 The Miami Heat have been a great story this postseason, but game one of the NBA Finals could not have gone any worse for them. Not only did they lose, but their two most important players were injured in the process. They have a day off to regroup, but oddsmakers are not giving them much chance to do so.

For the Los Angeles Lakers, it is looking like the culmination of what we were expecting when Anthony Davis was acquired. With COVID-19 et al it has not gone exactly the way some expected, but they are up 1-0 in the Finals and looking very tough to beat. Especially by a Miami team that is limited by injury.

F Jimmy Butler – Questionable – The best player on the team.

F Bam Adebayo – Questionable – Maybe the most important player for Miami in this series.

G Goran Dragic – Doubtful – A sneaky good scorer, who does it in lots of ways.

This one has moved a lot after opening at -6.5. That is a function of a couple of things, the changing sentiment of the Heat’s overall chances and the injuries they sustained to their two best players, Butler and Adebayo. If those guys are not available, this number will grow even more, but I think they are likely to suit up. The question is how effective they can be?

Coming into this series, there was a lot of talk that Miami’s best shot would be to steal game one, with a combination of the Lakers being unprepared for their defensive schemes and strong three point shooting; neither came to fruition. They shot just 31% from three for the game while the Lakers were able to get the shots they wanted and shot 45% from the field overall, including 39& from three. They also got to the free throw line 27 times, making 25. Basically they were in control throughout and the final score was flattering to Miami as L.A. took their foot off the gas in the fourth quarter.

The problem with this number is that you know you are not getting the best of it, to do so you had to hit it when it opened. That doesn’t mean it still isn’t the right side though.

I can never recommend taking the favorite at this kind of price, the payoff is just not worth the risk. Especially for a game where there are some unknown health details. Miami is the only play. Not because I am predicting an upset but if you like money lines you can gamble a little here. Maybe Butler and Adebayo are healthy and we get a series reset. At +400 the line is just too juicy to overlook. After all, the Heat have been surprising everyone throughout this entire NBA playoffs.