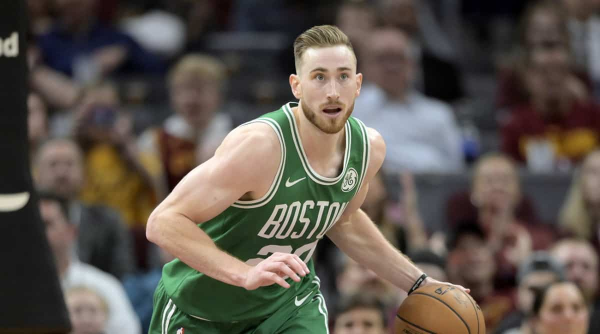 We have a nice nine-game NBA slate on the docket Wednesday night, and that means we have a ton of options and news to deal with. I’ll do my best to break down current injury situations, but make sure you keep up with the constant news throughout the day.

There are a ton of injury situations to monitor Wednesday night with a lot of players listed as out or questionable that could easily turn the slate.

Russell Westbrook, Jrue Holiday, and Wendell Carter Jr. are the three notable names that are currently out that will have a large impact on the slate. After those three, there are a bunch of currently questionable players, but I am particularly watching Kemba Walker, Jimmy Butler, Donatas Sabonis, Bradley Beal, and Malcolm Brogdon, who are all listed as questionable.

My favorite point guard slate is injury-related and site-related, but I will be playing him all over the industry. Lonzo Ball has seen his price increase like crazy, and I expect him to be way too low-owned in a great spot without Jrue Holiday in the lineup.

Ball has been really aggressive on the offensive end, and he had 16 potential assists last game without Holiday. Even with no blocks or steals last game and a lower than expected assist rate, Ball was able to post a score good enough to be in a winning GPP at his price.

Obviously, James Harden is a phenomenal play on this slate without Westbrook on the front end of a back-to-back. Harden is a threat to go for 100 every single night, and he did post 60 real points on the Hawks in just 30 minutes in their last meeting. Harden is currently my favorite spend-up on the entire slate.

If you are looking to save some money at shooting guard, I like both Pelicans shooting guards that are expected to start. Last game, Josh Hart struggled to find rhythm due to foul trouble, but I expect both of them to have projections that make them strong plays on this slate with their guaranteed minutes.

Gordon Hayward is my go-to small forward on this slate, assuming Walker is out. Hayward is really the point guard on this team without Walker, and he is running bad with his assists at the moment. I expect Hayward to be a five to seven assists per night guy without Walker in the lineup.

Eric Gordon is a nice option, assuming that he starts at shooting guard with Harden sliding into the point guard role. Gordon should see 35 minutes in a close game, and I expect him to produce well when Harden is off the court.

Serge Ibaka is a fantastic play on this slate against the Charlotte Hornets’ frontcourt that is poor defensively. Ibaka is one of two go-to players on the Raptors, and he hasn’t flashed insane upside recently to garner the spotlight that he should.

No Fred VanVleet isn’t a huge uptick for Ibaka, but it does mean that he has more shot upside on any given day, and the matchup doesn’t get any better than this one.

This is probably the most fluid position on the slate for me because of the pricing and value on different sites. Both Nikola Jokic and Nikola Vucevic are expensive but are in great spots for centers, and I will be heavily exposed to each on different sites where they fit.

If you are looking to pay down, Myles Turner is a nice option, and he will become an even better option if Sabonis is ruled out. You can also jump on Willie Cauley-Stein, who saw his minutes increase last game while even losing about two minutes due to blowout run late.