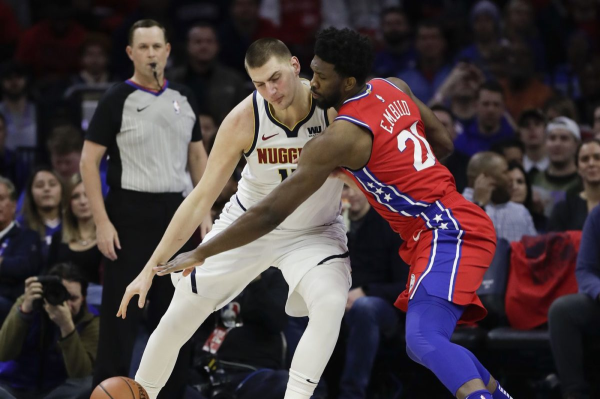 Tuesday night features a battle of title-contending teams as the Denver Nuggets (14-7) travel to the Wells Fargo Center to take on the Philadelphia 76ers (17-7). Both of these teams have had solid starts to their seasons and sit firmly in the midst of the best teams of their respective conferences. As both look to continue to ascend the ranks, they will be looking for the win Tuesday night. Tipoff for this one is scheduled for 8 pm ET.

The Nuggets come into this one having lost four of their last five games. Their lone win in that time was a 129-92 win over the New York Knicks. Aside from that lone victory, they have lost to the Nets, Celtics, Lakers and Kings. They will look to get back on track as they travel to Philadelphia to take on a tough 76ers team.

The 76ers come into this one playing well, having won six of their last seven games. Their lone loss in that stretch was a 119-113 loss to the Wizards. In their last two, both wins, they beat the Raptors and the Cavaliers.

Philadelphia comes into this one as a four-point favorite playing at home. The over/under for total points scored is 205.5.

It certainly hasn’t been a good stretch for the Nuggets, but they do have the talent to get back on track. Even with their poor play as of late, they sit fourth in the West, and there is a reason for that. The Nuggets are led by guard Jamal Murray and center Nikola Jokic. Murray is averaging 18.2 points per game on 43.7 percent shooting, as well as 4.3 rebounds, 4.8 assists and 1.5 steals per game. Jokic is averaging 16.1 points on 46.5 percent shooting while also chipping in 10.1 rebounds and 6.1 assists.

The 76ers have been absolutely stellar at home, going undefeated thus far. They are led offensively by Joel Embiid and Tobias Harris, with Embiid averaging 21.9 points, 12.5 rebounds and 2.9 assists per game, while Harris is good for 19.2 points per game on 48.8 percent shooting. Harris is also chipping in seven rebounds and 3.1 assists per game.

Even outside of these two, though, they have some major contributors. Al Horford has had a nice start to the season, averaging 13.9 points per game on 49 percent shooting as well as 6.7 rebounds and four assists per game. Furkan Korkmaz (8.6 points, 2.3 rebounds), Josh Richardson (16.1 points, 3.4 rebounds, 3.6 assists) and Ben Simmons (14.3 points, 6.9 rebounds, 8.5 assists) have all had nice starts to the season as well.

This one really boils down to a matchup of “what have you done for me lately.” The Nuggets have been struggling in the midst of a brutal stretch of road games. While they haven’t been atrocious on the road as a whole this season (6-4), they are traveling to Philadelphia, where the 76ers are an impressive 12-0 at home. Granted, you could make the argument that the 76ers are due for a loss, but for as poor as the Nuggets have played lately, the 76ers have been almost as equally as hot. The moneyline (+160) might lure some people into betting the Nuggets, but for my money, I will take the gamble on the 76ers -4 at home.