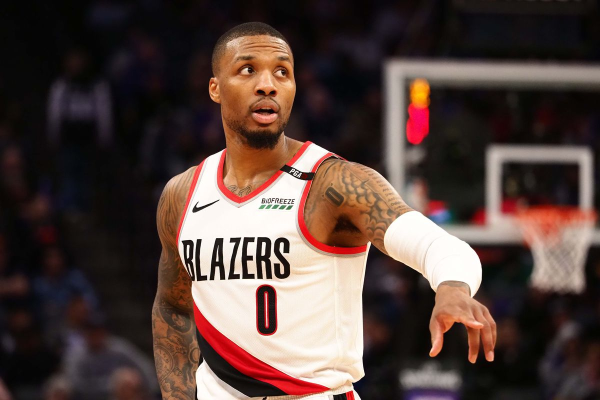 The Portland Trail Blazers are headed to the Staples Center to take on the Clippers, who are on the second half of a back-to-back after blowing out the Celtics last night. Both teams come into this game with minimal injury concerns. The Trail Blazers could be without Evan Turner and Rodney Hood, who are both listed as questionable as of right now. Both players are clearly inn the rotation, but I don’t think they’re presence really matters when it comes to breaking down this one.  The Clippers are healthy besides Mbah a Moute, who has been injured for a while now.

These two teams have faced off 3 times this season, meaning this will be their final regular season matchup. All of these games have been relatively close, but had different paces. The Blazers won games 1 and 3 by 11 and 4 points respectively while the Clippers also won a 4 point game in their second meeting. These games were all projected to be high-paced with the Clippers willingness to push the ball and lack of great defense, I expect this to continue. I think this mainly benefits the guard play, but someone like Jusuf Nurkic can also benefit more more quick possessions that end up with him alone in the post. I think that the Blazers would stand to benefit from a slower game more, because they have more isolation shot creators and a better post presence in Nurkic.

The Blazers are just 2-3 after they pulled off a massive 5-game winning streak that included wins over Golden State, Philadelphia, and Boston. Contextually, this rough patch doesn’t look as bad as it initially sounds. Onne loss was inn Toronto by 2 points and another was an OT game vs. OKC in which Nurkic was ejected from before the overtime period began. A loss to Memphis is not good at all but I can let them slide after such a tough stretch before that game.

The Clippers are on a 5-game winning streak and are playing some of their best ball of the year after trading their best player. We have seen both Lou Will and Danilo Gallinari step up to fill the scoring void that Harris left with his move to Philly. It is going to be tough to best Boston and Portland on back to back nights, but the blowout should have helped the Clippers legs a little heading into tonight’s game.

Portland has the Guards

The biggest two matchups in this game are on the Portland side of the ball. Simply put, the Clippers cannot keep up with the Blazers if they are playing at their best, which is asking for a lot. I expect that we will see a lot of Shai and Beverley on Lillard and McCollum. The biggest key to that spot is who Beverley will guard and how they will do. In recent games, we have seen Beverley guard George and LeBron with a ton of success and I think that has to do with the referees.

Beverley is an incredibly aggressive defender that likes to really get into guys. When guarding a bigger guy, he gets away with a lot more and it really helps him get more minutes and stats. I think Lillard can get a little more of whatever he wants vs. Pat Bev compared to the recent bigger players, as strange as that sounds. The other key is Jusuf Nurkic and maybe Enes Kanter. Kanter is similar to Nurkic, so all of the same stuff could apply to him too if necessary. Nurkic is way bigger and more skilled than Zubac and Harrell. Zubac is big, but he is still bullied around by a guy of Nurkic’s stature.

Call me a hater, but I am still not buying into the Clippers strong play of recent. I think their guard defense has really been a let down all year and the interior defense is really bad. Portland is a team that can really defeat teams based on matchups and scoring and I think that is what happens here. I like the Blazers -2.5 on the road.