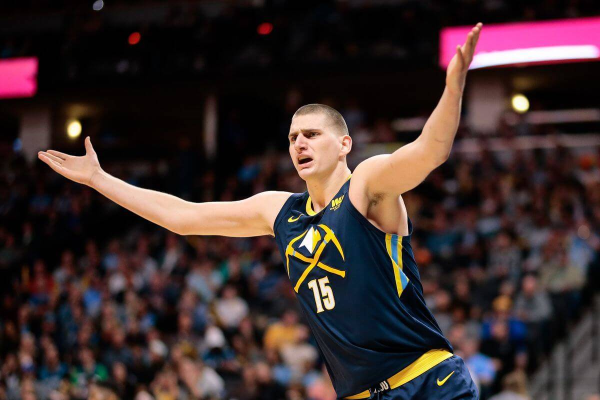 The Oklahoma City Thunder are headed to the Mile High City to take on the Denver Nuggets at 10:30 EST on TNT. The Nuggets are favored by 3 in this game, signifying that Vegas believes these teams are very close given home court advantage. The Thunder have had two incredibly close games coming off of the All-Star break. They beat the Jazz in double overtime with a Paul George buzzer-beater after Russell Westbrook fouled out and then lost to the Kings 3 points the next game. The Nuggets have won 2 games by double digits and are coming into this game on a 4-game winning streak with the break in between.

The Thunder are currently a two-man show, but they have been fantastic for the last few months. Russell Westbrook is shooting HORRIBLY. The worst of his career, when he has always been considered a bad shooter to start out with. Even though he has struggled from the field, he has still been a productive part of the team from a distribution standpoint. Westbrook is no longer the star in OKC. Paul George has been outstanding the last 3 months or so averaging 31 points per game since November 26th. This much higher than any other point in his career as his previous career high was 23.7 PPG for an entire season. Other than these two, we have seen the bigs all have big games from time to time, especially Steven Adams. Recently, Adams had seen a tick down in the rebounding category, but a lot of that is due to him allowing George and Westbrook to grab the rebound to go. I think that this is a real benefit to a team that goes overlooked because this allows the Thunder to push the pace and score quickly.

The Nuggets are still not at their healthiest, but they are getting close with Gary Harris still coming off of the bench, but this is easily the deepest team in the league and that has benefitted them all year long. It is hard to quantify, but the Nuggets have been one of the most injured teams in the league this season and they have still drastically overperformed pre-season expectations. I think the Nuggets 6-15 is more ahead of the rest of the NBA than the Warriors are as a team from a projection standpoint barring MAYBE the Celtics. This has helped the Nuggets immensely this season and I expect it to be a big part of their late season success. They have 9 guys that could get 20 points on a given night and they all seem bought in. The addition of Isaiah Thomas is my biggest concern for this team chemistry, but it has yet to be an issue.

Fun One Leads to Denver Win

These two teams have played twice this season and they were not exactly what you would expect. The Nuggets won both games, one at home and one on the road. There have not been any really big performances in these games. Jokic posted 24/15/9. PaulGeorge had a 32 point game. Steven Adams had a big double-double. They scored around 205 combined points in both games, but we see this over/under at 237.5. That is one massive number. I expect Paul George and Jokic to be bigger factors in this game than the have been in some of their recent matchups and I expect the pace to be much higher than it was in the first 2 games.

The Nuggets are so much deeper than the Thunder that it is hard to pick the Thunder in this spot. The Thunder have two phenomenal stars, but the Nuggets have 8 guys that could step up and drop 20 along with Nikola Jokic. I love the Nuggets depth and I think that helps them win and cover in this track meet.

Tonight’s NBA betting schedule is lacking in overly compelling matchups, but tonight’s action will also be taking place with a few notable names missing. Booker, Morant, and Lillard Sidelined Tonight and Beyond Booker Out Versus Pistons Due to Hamstring Injury The Phoenix Suns lost Devin Booker (hamstring) on Tuesday against Golden State but closed out END_OF_DOCUMENT_TOKEN_TO_BE_REPLACED