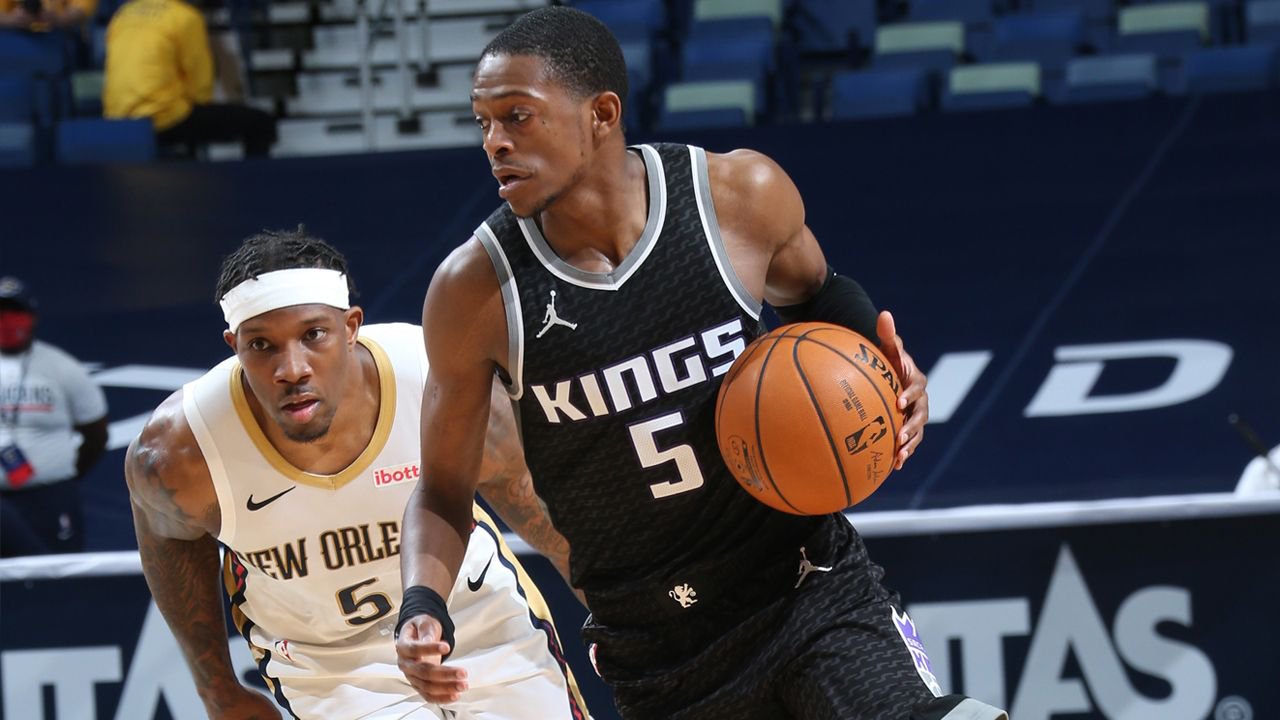 The first third of the NBA regular season season has seen many NBA betting surprises and disappointments. One of the positive surprises has been the Sacramento Kings, who are scorching right now.

Tonight, the Kings host the Philadelphia 76ers, the top team in the Eastern Conference to date. The 76ers still may not be getting the respect they should as a potential NBA title contender, but if they continue to win, NBA odds will shift accordingly.

All NBA odds are via FanduelSportsbook as of Tuesday, February 9

The Kings have won four in a row and seven of their last eight, including Sunday’s impressive 113-110 road win over the Los Angeles Clippers. Can they keep it up against Joel Embiid and the 76ers? Embiid has hit the 30-point mark seven times in his last eight games, while the 76ers are 8-2 in their last 10 games. This should be a good one.

Key NBA Betting Trends: The OVER is 9-4-0 in Kings home games this season.

Last night, Steph Curry kept his hot streak going, hitting six threes and scoring 32 points. But it was not enough to see off the Spurs, who won 105-100 behind 27 points and 10 boards from Dejounte Murray. Will Steph need to go bigger in tonight’s rematch? It might still not be enough. He has averaged 31.6 ppg and shot 50.4 percent from three in his last ten games, but the Warriors are 4-6 in that stretch. The Spurs, meanwhile, come in with three straight wins and are 6-2 in their last eight games.

Key NBA Betting Trends: The UNDER has hit in the Spurs’ last three games and is 8-6-0 in their home games this season.

The Celtics have lost four of their last six, but the two wins are road wins over the Warriors and Clippers. They wrap up their five-game Western road swing against the Jazz, who have won four straight and 15 of 16. The Jazz are 9-2 against the Eastern Conference this season, while the Celtics are 3-4 against the Western Conference. Jaylen Brown may return tonight for the Celtics after missing the last two games due to left knee soreness. If he is able to play, the Celtics could keep it close.

The Nets are without Kevin Durant until Friday, and they are 3-4 without him this season. But even an under-strength Nets team should see off the Pistons, who just traded away Derrick Rose and were pretty bad as it was. The key word there is should. The Pistons, with no Rose or Blake Griffin, took the Lakers to double overtime at the Staples Center Saturday night.

The Heat picked up a much-needed 109-103 win at MSG on Sunday, and they welcome the Knicks to the MIA for the rematch tonight. After losing seven of eight games, the Heat have won consecutive games for only the second time this season. Last season’s Eastern Conference champs are still -385 to make the playoffs, but they need to turn this into an extended winning run. Derrick Rose is unlikely to make his Knicks debut as the trade is not yet official. The Knicks have lost six of nine overall and six of nine on the road, so his addition will be a welcome one.

Key NBA Betting Trends: The OVER hit in Sunday’s matchup, but will that happen again? The UNDER is 8-6-0 in Miami’s home games this season, and it is 10-4-0 in the Knicks’ road games.

The Pelicans have won a season-best three games in a row to move within two games of .500. However, this line says as much about the Rockets minus Christian Wood as it does about the Pelicans. The Rockets were absolutely awful in the fourth last night against the Charlotte Hornets, getting outscored 29-7 in a 119-94 loss. Zion and the Pels have had an offensive surge recently, as they have averaged 118.7 ppg in their last seven games. In that stretch, they are 5-2.

The Magic started the season 4-0 but are 5-15 since. They enter tonight’s game having lost seven of nine and 13 of 16. The Blazers are back home after a 3-3 road trip, which ended with a 110-99 loss to the Knicks on Saturday. That was only the second time this season that the Blazers had been held under 100 points. Prior to that loss, they had averaged 120.5 ppg in their previous four games.