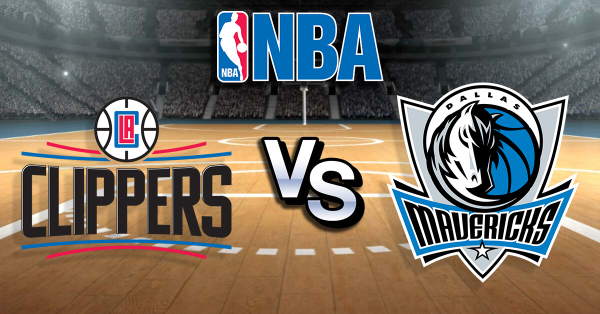 The 2020-21 NBA season tipped off on Tuesday night, and it already looks like it will be an action-packed season.

On opening night on Tuesday, the Brooklyn Nets made an early statement about what their ceiling could be with Kevin Durant and Kyrie Irving, throttling the Golden State Warriors, while in a showdown at Staples Center, the Clippers showed up and showed out to spoil the Lakers’ ring celebration. Wednesday’s action featured a number of close games and tight finishes, highlighted by the Celtics’ 122-121 win over Giannis Antetokounmpo and the Milwaukee Bucks, in which Jayson Tatum nailed a three-pointer with less than two seconds left and then Giannis missing the second of two free throws that would have sent the game to overtime.

Sunday’s slate of games features a number of intriguing matchups among the ten games set to take place. Here’s a rundown of Sunday’s schedule and how each game may play out.

Dallas Mavericks at Los Angeles Clippers (3:30 pm ET/12:30 pm PT, NBATV): The Clippers and Mavs face off for the first time since meeting in the first round of the playoffs last season when Dallas gave all they had but fell in 6. MVP favorite Luka Doncic (+410 to win the MVP) and the Mavs are +2200 to win the NBA title this season but opened with a loss at Phoenix. The Clippers beat the Lakers to open the season for the second year in a row, but they did not live up to the hype. Will they this season?

Tip: The Clippers were 25-7 in home games–not including bubble games that were designated as home games–last season, with 16 of those wins coming by double digits. Look for them to continue that success.

Brooklyn Nets at Charlotte Hornets (7:00 pm ET, NBATV): KD and Kyrie dominated the Warriors on opening night and will visit Charlotte after a Christmas Day trip to Boston. Gordon Hayward had a nice debut with the Hornets, scoring 28 points, but LaMelo Ball did not, going scoreless with one rebound and three assists (with three turnovers) in 16 minutes in a 121-114 loss at Cleveland.

Tip: Can Charlotte keep it close? Possibly, but the Nets will roll in this one. The over is a good shout in this one. If the Hornets allowed 121 to the Cavaliers, how much will the Nets put up?

Orlando Magic at Washington Wizards (7 pm ET): The Magic had a solid season-opening win over the Heat, led by Evan “Never Google” Fournier’s 25 points. The Wizards went down late at Philadelphia after leading the entire second half, but the potential of the Russell Westbrook-Bradley Beal duo was on display, with Westbrook posting a triple-double and Beal going for 31 points. The Wizards are currently +100 to make the playoffs this season. Those odds will get shorter.

Tip: The Wizards could not close it out against the 76ers, but they will finish the deal in this one.

San Antonio Spurs at New Orleans Pelicans (7:00 pm ET/6 pm CT): The Spurs are supposed to be an afterthought in a loaded Western Conference, but their season-opening 131-119 at Memphis is an encouraging sign. This will be the Pelicans’ home opener after playing Toronto and Miami on the road to start the season. New Orleans opened with an impressive 113-99 win over the Raptors, with Brandon Ingram almost recording a triple-double with 24 points, nine rebounds, and 11 assists.

Tip: It would not be a surprise to see one or both of these teams in the playoffs if their season-opening wins are an indication. Look for the Pelicans to hold serve at home, however. The over should also be under consideration in this one.

Philadelphia 76ers at Cleveland Cavaliers (7:30 pm ET): Cleveland still has a long way to go to be a playoff team, but opening on a winning note is a positive step. The 76ers, however, represent a much stiffer challenge than Charlotte or Detroit, who the Cavs face Saturday night. Philly did not put the Wizards away until late, but that is more of a sign about how good the Wizards could be than it is about the 76ers.

Tip: The Cavaliers were 14 of 30 from three against the Hornets, while the 76ers allowed the Wizards to go 13 of 27 from deep. Look out for the over for this one.

Milwaukee Bucks at New York Knicks (7:30 pm ET): The Knicks still stink, but R.J. Barrett (26 points, eight rebounds, five assists at Indiana in the opener) could be set for a big leap from year one to year two. Can they challenge the Bucks, who let a win slip away at Boston on Wednesday? Milwaukee (+550) is currently the second favorite behind the Lakers to win the NBA title even after losing at Boston, but to win that title, they must do the little things well, which they did not do at the end against the Celtics.

Tip: The Bucks won last season’s three meetings by 44, 21, and 26 points, and they have won 11 of 12 against the Knicks. Nine of those 12 wins have been by double digits. Back that trend to continue.

Boston Celtics at Indiana Pacers (8:00 pm ET): The Pacers trailed the Knicks at halftime but dominated the second half in a 121-107 win on Wednesday, led by Domantas Sabonis’s 32 points and 13 rebounds. The Pacers face a battle to stay relevant in the improved Eastern Conference, but this matchup represents a chance to show what they can do against a contender. The Celtics are not getting the attention that the Nets or Bucks are getting, but their win over the Bucks indicates that perhaps they should have better than +2200 odds to win the NBA title this season.

Tip: The Celtics have won eight of the last nine meetings against the Pacers. Indiana can keep it close, but the Celtics will take the win.

Golden State Warriors at Chicago Bulls: (8 pm ET/7 pm CT): The Warriors had a rough opening night against the Nets, falling behind by 15 after a quarter on the way to a 26-point defeat. After following that game with a Christmas game at Milwaukee, this will be the third of a four-game road swing to start the season. As poor as the Warriors looked against the Nets, the Bulls looked worse in a 124-104 home setback against the Hawks on Wednesday. giving up 83 first-half points and trailing by as many as 40.

Tip: The Bulls are a big work in progress, and this is a good opportunity for the Warriors to flex their muscles against lesser opposition after facing two top contenders out of the gate. Look for Golden State to win big.

Phoenix Suns at Sacramento Kings: (9:00 pm ET/6 pm PT): These two will face off Saturday and Sunday night in a matchup between two teams who will hope to vie for the postseason. Sacramento made a big impression in a buzzer-beating win at Denver on Wednesday, taking down one of the West’s rising teams in overtime. The Suns had their own impressive win Wednesday, beating the Mavs without needing a big game from Devin Booker, who had a modest 22 points in the 106-102 win.

Tip: Sacramento might still be a couple of years and a couple of players away from being a real threat in the West, but they are headed in the right direction. Back them to continue their positive start to the season.

Minnesota Timberwolves at Los Angeles Lakers (10:00 pm ET/7 pm PT, NBATV): The Lakers lost their opener to the Clippers last season, but it ended up meaning absolutely nothing as the Lakers won the title. So there is no reason to step back from being behind the Lakers, who sit at +270 odds to win the NBA title, as strong title favorites after they struggled against the Clippers in Tuesday’s opener. The Timberwolves were solid in a season-opening win against Detroit, led by Malik Beasley’s 23 and a double-double from Karl-Anthony Towns. But the Lakers are a much larger animal.

Tip: The Timberwolves might stick with the Lakers for a while, but the home team will pull away and pull it out convincingly.