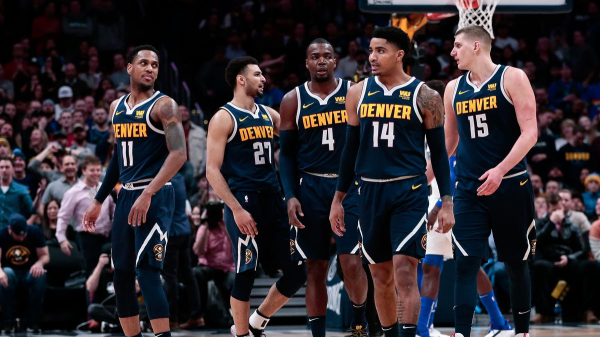 The Nuggets (46-27 last season) are going to want to start off the new season on the right foot, having just made a trip to the Western Conference Finals where they were eliminated in five games by the eventual champions, the Los Angeles Lakers. With stars Jamal Murray and Nikola Jokic having an extra year of experience under their belts, it shouldn’t be surprising to see them eventually get somewhat closer to the Larry O’Brien Trophy.

On the other hand, the Kings are hoping to end their 14-year playoff this season and the first step to that would be beating the Nuggets on opening night. The Kings finished last year’s shortened season with a 31-41 record and they hope to improve on that with acquisitions like center Hassan Whiteside.

The home team Nuggets are the favorites to win this game at -370, while the Kings’ odds sit at +295, according to FanDuel. When it comes to the spread, the Nuggets sit at -8.5.

In the NBA Bubble, the Nuggets made a name for themselves when they came back from two 3-1 deficit in the playoffs, including a second-round victory against the Los Angeles Clippers, who were one of the favorites to win it all.

Most of their wins came off the backs of breakout performances by Murray and Jokic.

Now, the Nuggets are hoping that experience translates into success.

Unfortunately for the Nuggets, they lost Jerami Grant in a sign-and-trade deal with the Detroit Pistons over the offseason. The team also didn’t make any major offseason acquisitions.

Nevertheless, the Nuggets hope that the likes of JaMychal Green and 35-year-old Paul Millsap can fill Grant’s void.

Will the Kings’ playoff drought end?

As mentioned earlier, it has been 14 years since the Kings have made the playoffs.

To put that into perspective, Kings’ star De’Aaron Fox was 8 years old when that happened.

The Kings took a big blow when they lost Bogdan Bogdanovic to the Atlanta Hawks in November, however, they also brought in the likes of the aforementioned Whiteside, Glenn Robinson III, and 2020 first-round pick Tyrese Haliburton. Are these additions enough for the Kings to make some noise this year? Probably not, but only time will tell.

It may be tough to replace Bogdanovic’s scoring, but as long as Fox and Marvin Bagley III continue to improve and a guy like Haliburton lives up to his potential, it’s possible that Kings fans won’t think about the departure too often as the season progresses.

In the 2019-20 regular season, the Nuggets scored 110.5 points per game, which ranks 19th in the league — well below other Western Conference powerhouses like the Lakers, Clippers, and Dallas Mavericks.

On the other hand, the Kings were ranked 21st with 110.1 per game, practically on par with the Nuggets,

Defensively, the Nuggets allowed 109.3 points per game last season, which was 11th best in the league, compared to the Kings’ allowing 112.1 points per game, which ranked them 16th.

Despite how close last season’s scoring numbers were, the Nuggets still finished third in the regular season while the Kings were 12th.

Predicting the Nuggets to win, but not to cover

It’s hard to doubt the Nuggets after their playoff performance, but a lack of major offseason moves has me wondering how much they’ve improved since the last time we saw them playing meaningful games. Meanwhile, even though the Kings probably won’t make the playoffs, they did make more impressive offseason additions than the Nuggets.

With that being said, I think the Nuggets will win, but the game will be a lot closer than people expect, so they won’t cover the 8.5 point spread.