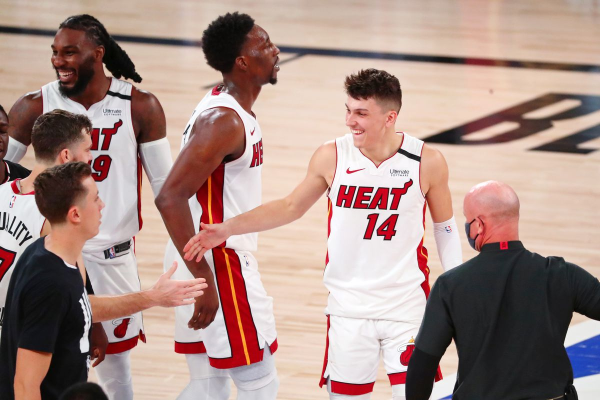 Friday night features Game 5 of the Eastern Conference finals between the Miami Heat (3-1) and the Boston Celtics (1-3). Tipoff for this one is scheduled for 8:30 pm ET from the Advent Health Arena.

For the Miami Heat, they are trying to close this one out after taking Game 4 on Wednesday, 112-109.

For the Celtics, after taking Game 3, they were hoping to even the series at two apiece on Wednesday but came up just short. Now they will be fighting for their playoff lives as it is win or go home.

In the Game 2 loss, Jayson Tatum led all Boston scorers with 28 points. He also chipped in nine rebounds and four assists. The crazy thing, though, is that he didn’t score until the second half, something the Celtics are going to need to adjust if they hope to win on Friday.

According to Fanduel, the Celtics come into this one as the favorites as their moneyline sits at -162. The Heat come in at +136. The spread sits at +3.5 for the Heat while the over/under on total points scored is 213.

On the defensive side, it is once again the Celtics who hold the advantage. They rank 2nd overall in terms of points allowed per game at 106.6. The Heat come in 6th overall, allowing an average of 108.6 points per game.

Heat Looking To Close Things Out

Tyler Herro has certainly not been the top superstar for the Heat all season, but for one night, he certainly was. Herro’s 37 points were enough to put the Celtics down in Game 4, and he will look to continue to contribute moving forward. This postseason, Herro has averaged 16.5 points on 44.8% shooting while also chipping in 5.7 rebounds and 3.9 assists per game.

The only player who has been a superstar is Jimmy Butler. The forward is averaging 20.8 points, 5.8 rebounds, and four assists per game to help lead the Heat.

Look for the Celtics’ Jayson Tatum to be a man on a mission on Friday. Despite leading the team in scoring Wednesday, he was scoreless in the first half and has since told reporters that he takes the blame for the Game 4 loss.

Taking The Heat And The Points

While the Celtics have been one of the best teams in the Eastern Conference all season, the Miami Heat have elevated their game this postseason. Jimmy Butler is playing like a superstar, and they have put themselves just one game away from the NBA Finals.

While the Celtics are certainly capable of putting together a string of nice games, there has been nothing this series that indicates why the Heat should be underdogs. Given a 3.5-point spread in favor of the Heat, this seems like a no-brainer to me. For my money, I am taking Heat +3.5.