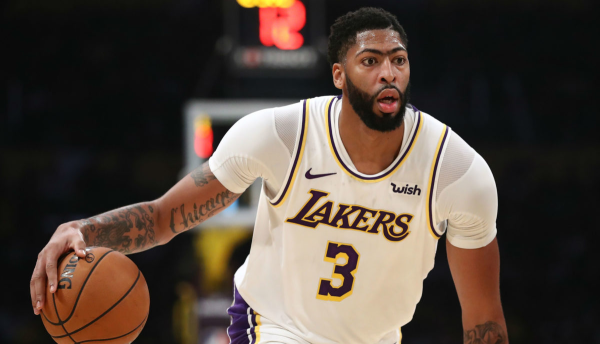 It has been over four months since the last NBA game was played, but on Thursday, the season is set to resume with a duo of games. In the nightcap, a pair of Western Conference and city rivals take on each other as the second-place Los Angeles Clippers (44-20) battle the first-place Los Angeles Lakers (49-14). Tipoff for this one is scheduled for 9:00 pm ET from the ESPN Wide World of Sports Arena in Walt Disney World.

For the Clippers, they currently sit in second in the West, 5.5 games behind the Lakers, and 1.5 games ahead of the Denver Nuggets. For the Lakers, they now sit in the driver’s seat of the West and, like the Clippers, are not in jeopardy of missing the playoffs.

According to FanDuel, the Los Angeles Lakers come into this one as four-point favorites. The over/under on points scored sits at 216.

Clippers Trying To Make A Point

The Los Angeles Clippers have the perfect blend for a championship contender. They have superstars in Kawhi Leonard and Paul George while also boasting one of the league’s deepest lineups.

In terms of Leonard, during 51 games this season, he averaged 26.9 ppg on 46.9% shooting with 7.3 rebounds and five assists per game. For forward Paul George, he played in 42 games averaging 21 points with 5.7 rebounds and 3.9 assists.

Other significant contributors for the Clippers include Montrezl Harrell (18.6 points, 7.1 rebounds), Marcus Morris Sr. (17.4 points, 5.1 rebounds, 1.4 rebounds), and Lou Williams (18.7 points, 5.7 assists). Throw in others like Patrick Beverly and Ivica Zubac, and they have quite the formidable team.

For the Los Angeles Lakers, any championship talk starts with their two stars, LeBron James and Anthony Davis. For James, in 60 games, the future Hall-of-Famer averaged 25.7 points on 49.8% shooting along with 7.9 rebounds and 10.6 assists per game.

While James has been a force this season, he can’t do it without Davis. The Lakers are ecstatic for the restart as Davis will be a free agent this offseason and could have had nothing to show for his strong year f the league was completely shut down.

There is some concern that Davis could not play Thursday as he suffered an eye injury over the weekend. However, after taking Monday’s scrimmage off, he appears to be headed in the right direction and should be a go. In 55 games this season, he averaged 26.7 points on 51.1% shooting, along with 9.4 rebounds and 3.1 assists.

Taking The Clippers And The Points

Even though they share the Staples Center, there is even less of a homecourt advantage in this one as the NBA bubble at Walt Disney World doesn’t allow fans to attend games. As a result, this one comes down to simple gameplay.

The Clippers are a bit of a better scoring team while the Lakers excel on defense, but neither are slouches on either side of the court. As a result, I see this one being close down to the wire. With those expectations high, I am inclined to take the points. As a result, my money is on the Clippers getting the four points.

Tonight, two pitchers whose records could use a little polishing match up as the St. Louis Cardinals welcome the Miami Marlins to Busch Stadium to open a three-game series. Cardinals hurler Adam Wainwright has not picked up a win since May 20, while Pablo Lopez’s win in his most recent start last week was his END_OF_DOCUMENT_TOKEN_TO_BE_REPLACED