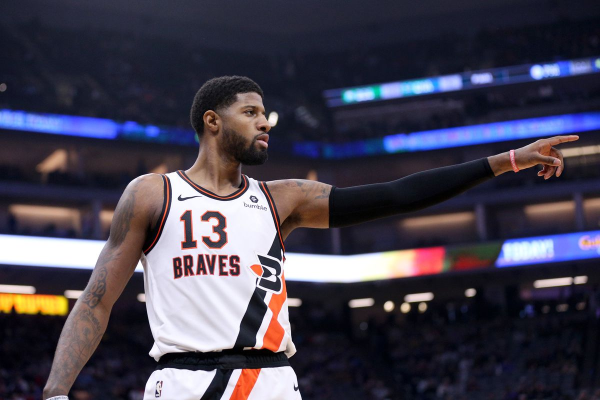 After a few days without basketball, the action returns this weekend. Most teams are still finishing up their first-round matchups, facing either elimination from the NBA bubble or advancement to the next round.

On Sunday, the Los Angeles Clippers (3-2) and the Dallas Mavericks (2-3) will battle from the Advent Health Arena. This is a do or die game for the Mavericks who are on the brink of elimination. Tipoff is at 3:30 pm E.T.

In the last game, the Clippers annihilated the Mavericks 154-111. In the victory, Paul George led L.A. with 35 points, 3 rebounds and 2 assists. Kawhi Leonard also chipped in 32 points, 7 rebounds, and 4 assists.

In the loss, Luka Doncic was held in check by the Clippers. He went for 22 points, 8 rebounds and 4 assists. While that line does not look horrific, it was a far cry from his 40-point effort in the Mavericks’ game four win.

These are two of the best scoring offenses in the NBA. The Mavericks rank 3rd in scoring averaging 117.3 points per game. while the Clippers are 4th averaging 117.2 points.

On the defensive end, it is the Clippers who hold the edge. L.A. ranks 14th in points allowed per game at 110.6. The Mavericks fall to 19th in the league allowing an average of 113.2 points per game to opponents.

Clippers Trying To End This Series

The Los Angeles Clippers are one of the favorites to win the Western Conference. They are deep and have two stellar superstars in Leonard and George. While they have shown kinks in the armor at times since the restart, the last game showed why they are such a dangerous team.

If Leonard and George get rolling again in game six, the Mavericks are in serious trouble. In five games this series, George has averaged 19.2 points, 6.4 rebounds, and 3.4 assists.

The Mavericks knew they had their hands full with the Clippers but have shown the ability to run with them when all things are clicking. Now, they must overcome three games to two deficit if they want their season to continue.

One of the impediments Dallas must deal with is injuries. Luka Doncic’s ankle has been bothersome, but he is expected to play.

The same cannot be said for big man Kristap Porzingis. He has been ruled out for the rest of the series with a lateral meniscus tear in his right knee. During the regular season, Porzingis averaged 20.4 points, 9.5 rebounds, and 2 blocks per game. His absence creates a big void for the Mavericks.

Despite the uphill climb, as long as Doncic is on the court, Dallas has a chance. He has been stellar in the postseason, averaging 29.6 points, 10 rebounds and 8.6 assists per game. The Clippers contained him in the last game, however.

Clippers Win, But Can They Cover?

Straight up, I like the Clippers to win this one and finish the first-round series. The combination of Leonard and George, plus the Clippers’ depth, is just too much for the Mavericks.

While I like the Clippers to win outright, the spread is an attractive bet. I know that it was a blowout in game five, but the Mavericks would have covered the 11 points in the other four games. For my money, I am taking the Mavericks +11.