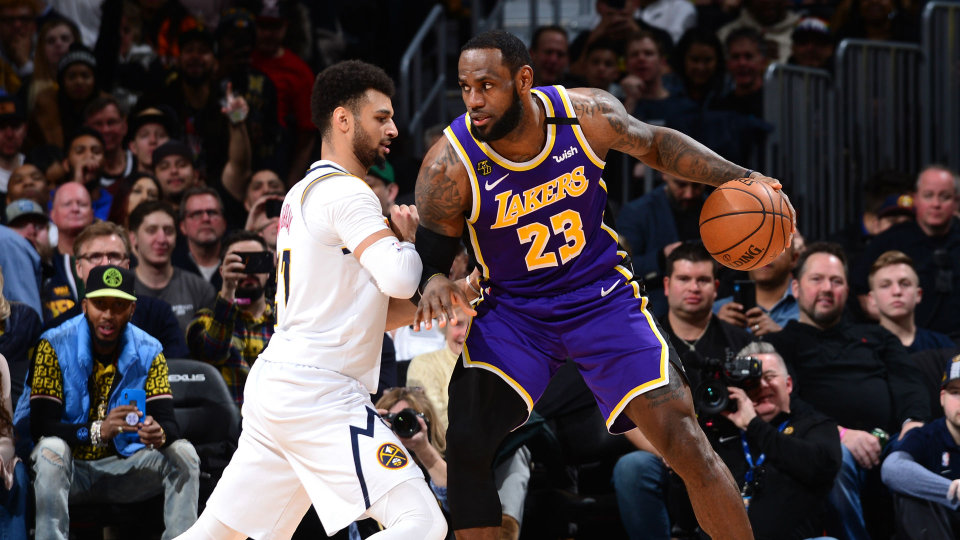 This is game one of the Western Conference Finals. The Los Angeles Lakers did their part in getting here, pushing past Houston with ease but they were supposed to be taking on the Los Angeles Clippers. Instead, Denver rallied from being down three games to one for the second series in a row to advance. It was impressive but did they expend too much energy in getting to this point.

That is going to be the narrative if they struggle in the opener and throughout the series. However, they are the younger team and players like Jamal Murray have never played better than they are right now. The lower seeds have proven in these playoffs to be especially dangerous in the bubble.

G Will Barton – Out – A key scorer but they have been playing without him throughout the playoffs.

In the playoffs the Lakers have been favored in every game. They have two upset losses but overall have been a moneymaker with a 7-3 ATS record. In terms of the number, this is greater than in any of their games in their last series against Houston. Denver has a different spread perspective. They have only been favored twice in 14 games in the playoffs. They have won an amazing seven games outright when they were the underdog.

This series is all about contrasts. The Lakers led by LeBron are the much more experienced team and the more rested team. Denver has been living on the edge for weeks relying on emerging stars like Murray and Jokic. How will the defensive assignments work? Denver does not have a guy who looks like he will be good at guarding LeBron James but there are matchups that favor the Nuggets too. Jokic is such a diverse player that we will make it really hard for the Lakers bigs. Murray has been amazing in these playoffs and his future is exciting but he is going to get a lot of attention from guys like Rajon Rondo and Danny Green. Two very strong defenders.

I think L.A. reverses the trend and wins the opener. It will be mostly close but a couple of misses late and some sharp free throw shooting covers the number.

When the moneylines are getting higher than the -200 range I am not keen on jumping in, unless you are building a moneyline parlay and looking to pad it up. Per the above, Denver has already won in so many upset situations already in these playoffs so you can make that bet here. Yes I know it conflicts with the above but there is good value with them.

The Lakers are a very good defensive team, they have been all season long. In the playoffs they have played 7 unders with just three overs. For Denver, they have been all over the place, playing in some of the best games of these playoffs so far. As the more rested team I am looking for L.A. to set the tempo and they are comfortable playing slow even though LeBron is a machine and never seems to tire. This is a low total though, in fact it will be the lowest on a Lakers game in these playoffs. I know the Nuggets are a bit burnt out perhaps there is too much off that narrative going around. During the regular season, three of four games in the series went over but I think this one does not follow that trend.