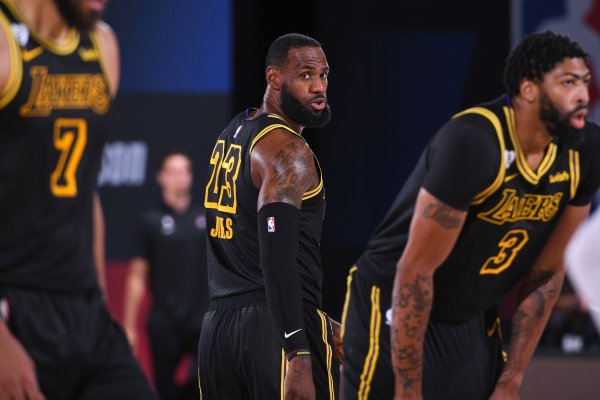 After dropping game three, the Los Angeles Lakers were able to regain control of the 2020 NBA finals against the Miami Heat. Despite not having point guard Goran Dragic and all-star center Bam Adebayo, the Heat were still able to steal game three from the Lakers. In game four, Adebayo returned to Miami’s lineup but the Heat came up just short losing 102-96 in a dogfight. On Friday night, Los Angeles will look out to close Miami in five games to win their seventeenth NBA championship.

(Odds are not final)

In game four, the total points went under again for the second game in a row. With Adebayo returning to the lineup, surprisingly less offense was actually generated by Miami. We could very well see this again on Friday.

So if you were going to bet on the under, now would be the time before it lowers even more. On the other hand, the spread has been pretty consistent throughout the series varying from about 7-8 points in the first four games of the series. The only blowout we have seen so far in this series was in game one. In game three, the Heat were easily able to cover, winning the game by 10. In game four, thanks to a last second meaningless three-pointer from Tyler Herro, Miami covered again.

If the Lakers are to win game five, I think they cover the seven-point spread. They have covered the spread in two out of the four games so far, and if not for Herro’s three-pointer in the closing seconds, they would have covered again. In my opinion, based on the Lakers’ performance last game, I would lean on them to close out the series in game five. Despite Lebron James’ dominant second half, he and Anthony Davis did not play their best and were able to win and almost covered the spread. Lebron and co. can smell blood now, and with an extra day off between games, I think a rested James will put this Heat team to bed.

Why Miami can (still) cover the spread:

The key for Miami so far in this series has been limiting Anthony Davis. They successfully limited him to only 15 points in game three. Bam Adebayo will have to step it up big time on Friday defensively to give Miami a chance to win and/or cover. Another thing that needs to happen if Miami wants to win is their late-game scoring.

In the Heat’s game three victory, Jimmy Butler and Tyler Herro were great offensively down the stretch, closing the door on the Lakers. Without Goran Dragic, Butler and Herro need to continue to step up for Miami in crunch time. With Adebayo back, he will also need to contribute offensively late in the game. If Miami can keep it close until the final minutes, their combination of great defense and clutch late-game offense can allow them to win game five and get right back into the series. If they can’t rebound and defend the Lakers in transition though, this game could be over before then.

One of the key talking points throughout this entire series has been Miami’s injuries. In game one, we saw both Dragic and Adebayo go down, a huge blow for Miami. Many say the series would look a lot different if the Heat had avoided injury.

There is no way to tell if Dragic and Adebayo at full strength would change the outcome of the series, but both are very important to Miami’s success. Personally, I think the Heat being without Dragic has been the biggest loss for Miami. Dragic was Miami’s closing scorer throughout the postseason and got them clutch points when needed. He also gave them another creator and off the dribble penetrator to help break down LA’s defense.

This series, Miami has struggled to score late in games, especially in game four. Dragic has averaged just about 20 points this postseason. Miami’s starting point guard is expected to miss game five and likely the rest of the series.

Game five will be broadcasted on ABC and will take place at 9 P.M. EST.