Lakers Seem Like Clear Favorites to Beat the Rockets on Tuesday 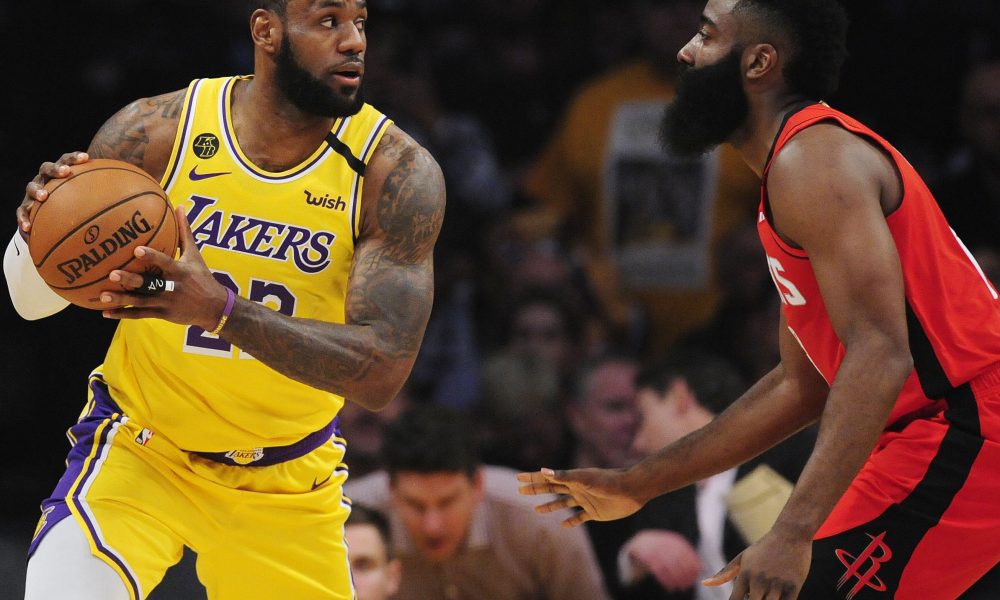 The Los Angeles Lakers are set to take on the 3-4 Houston Rockets on Tuesday, and this game means 2 completely different things for each team. For the Lakers, it is a chance to display their dominance in the Western Conference, and even take first place from the Phoenix Suns. For the Houston Rockets, however, it is very much a game of trying to get their head back above water.

If nothing else, this is going to create an extremely exciting game for fans to watch, and an even more exciting game for gamblers to bet on. Not only is that clear by the number of people that want to see Lebron James and the Lakers’ hot streak finally end, but also those that want to see the Rockets return to form and become a threat again in the Western Conference. This means the game will be wide open.

The Lakers are 4-1 in their last 5 games and have knocked off The Memphis Grizzles, the Chicago Bulls, and the Houston Rockets during that time. Now, these teams aren’t the heavyweights of the league, but the Lakers are still getting the job done. Furthermore, they are showing a lot of strength on offenses with Lebron James firmly at the helm.

As for the Houston Rockets, they are 2-3 in their last 5 games and seem to suffer from scoring issues. Keep in mind that this is a team that has been outscored 513-531 in their last 5 games and is 12th in the Western Conference. The Rockets also have a problem with rebounds and assists, making it exceedingly difficult to get any kind of momentum going for them during a game.

Before moving on, let’s look at the game the Rockets played against the Lakers on Sunday night. If that game was any indicator of what next week’s meeting will be like, the Rockets are in big trouble. In fact, between the Rockets only making 39 of their 87 shots and their turnover issues during key moments, Tuesday night’s game could end up being a forgone conclusion.

Believe it or not, a lot of this game is going to come down to a depth of the bench, and that is something the Lakers seem to excel at. Unfortunately for the Houston Rockets, they don’t seem to have that same luxury and are forced to rely on a few key shooters. Sure, James Harden John Wall, and Christian Wood can all put up 10, but the rockets don’t seem to have many great scorers beyond that.

Another key factor for the Rockets is their 3-point attempts, which totaled a pitiful 29.3% of the 41 shots they put up. If nothing else, the Rockets should not have gone beyond the arc that often and could have easily turned that missed 3s into guaranteed 2-point shots. If this trend continues Tuesday, expect the Lakers to come out on top a second time.

There are only 2 ways the Los Angeles Lakers can lose this game. The first way is if they decide to rest James, Davis, and their other top Superstars. The only other way the Rockets can manage a victory over the Lakers is if they do something different. Stop trying for 3’s on every play, and get in the paint for the guaranteed shot. They also need to move the ball around and get some more shooters open.

In the end, that might be easier said than done against a team like the Lakers, but it is the only way the Rockets can win this. They also need to work on everything from their free throws, to their turnovers if they even want a chance of hanging with the Lakers. That’s not going to end up happening though, which is why Los Angeles is the safer bet.

After extending their hot and San Diego’s cold streak, the Seattle Mariners will be looking to leave Petco Park with a two-game sweep as they take on the Padres this afternoon. Yesterday, the Mariners pounded out a dozen hits and plated eight runs, and Chris Flexen pitched 6.2 shutout innings to collect his third straight END_OF_DOCUMENT_TOKEN_TO_BE_REPLACED