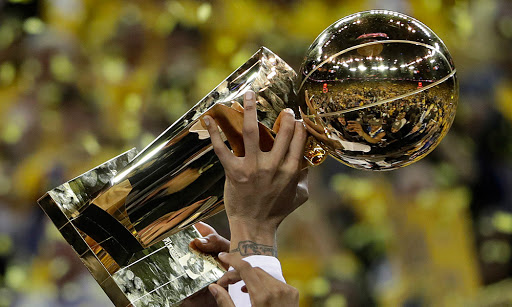 After an impressive start to the season, the LA Lakers remain favorites to clinch the Larry O’Brien trophy for the second consecutive time. While the pecking order has shifted slightly, the LA Lakers are still considered to be the favorite to clinch this year’s title by many bookmakers. From what we have already seen so far, both Anthony Davis and Lebron James are in perfect shape, with both players averaging 20+ points per game. Despite the sudden departure of Rajon Rondo and Dwight Howard during the pre-season, the Lakers have already proven that they could easily build a title-contending team as long as their two main stars stick around.

Currently, the LA Lakers sit atop the Western Conference after winning 8 of 11 games. Montrezl Harell and Dennis Schroder have already settled in, with both players retaining their place within the first team. Talen Horton-Tucker has also shown that he can be a big-time player, once he settles in with the player already averaging 8.1 points per game in his second season with the Lakers. While it’s too early to predict the title winners, the LA Lakers have already shown that they are currently the best team in the league.

The Brooklyn Nets are the second favorite to win the title with many bookmakers having them at +500. This is the first season that their two main stars have played together after Kevin Durant sat out an entire season due to an achilles tear. A few games in, we are slowly beginning to see the glances of the ruthless player that he once was back in the Bay Area. While he does not have a star-studded team this time around, he has an experienced playmaker in his corner, Kyrie Irving. Like Durant, Kyrie Irving has already shown that he still can put up big numbers while Kevin Durant continues to make major improvements to his game. If both these two key players manage to remain healthy throughout the season, then they could likely win the Eastern Conference finals.

The LA Clippers and Milwaukee Bucks are tied for third with many bookmakers having them at +550. Despite a rather chaotic performance during last year’s playoff games, the LA Clippers are expected to bounce back this year. Like the Clippers, the Milwaukee Bucks also collapsed during the playoffs, after they were annihilated during the Eastern Conference semi-final against the Miami Heat. With Giannis’s recent contract extension and the acquisition of Jrue Holiday, the Milwaukee Bucks can now focus on having a more successful season.

With the addition of Dwight Howard and the introduction of a new coach, the Philadelphia 76ers complete the top 5. Moreover, the team has also changed their philosophy especially by adding more space to Joel Embiid and Ben Simmons. Like the previous years, the Philadelphia 76ers have defended quite well and are currently rated as the second-best defensive team in the league. While the season is still in its early days, the 76ers currently sit atop the Eastern Division with a 7-3 record.