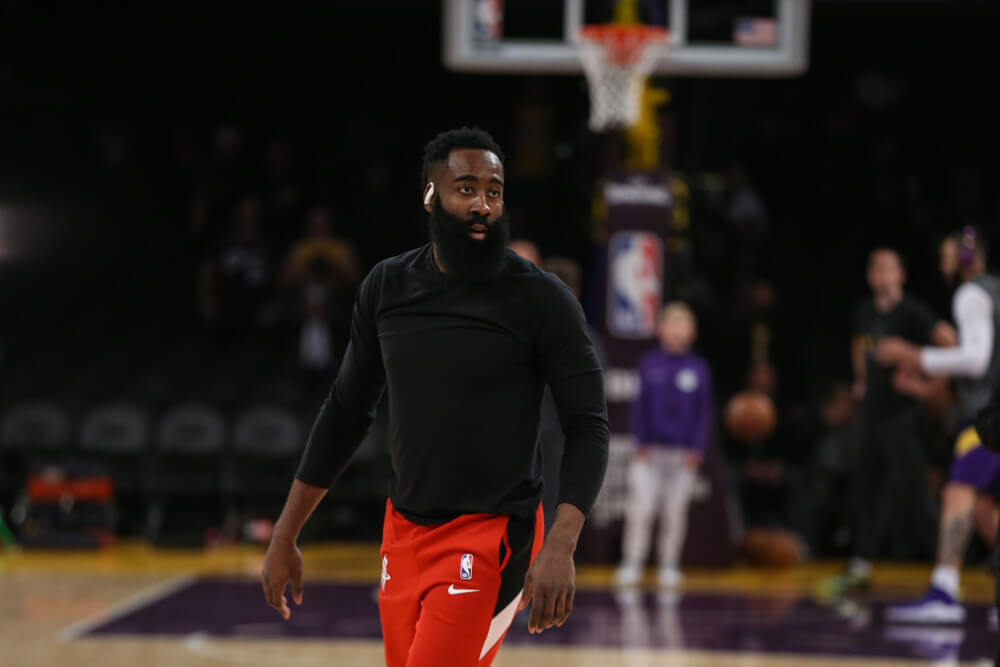 One of the major storylines going around as the NBA season began was how James Harden wanted out of Houston. He showed up to the Houston Rockets’ training camp late, he was spotted in public gatherings without a mask during a pandemic, and he said on Tuesday that he didn’t think the Rockets were a “good enough” team.

On Wednesday afternoon, Harden got his wish. “The Beard” was traded to the Brooklyn Nets in a four-team trade that sent shockwaves throughout the league. Aside from the Rockets and Nets, the Cleveland Cavaliers and Indiana Pacers were the other teams in the deal.

Other than the Nets, the Philadelphia 76ers were rumored to be in the running for Harden but clearly couldn’t get a deal done.

In return for Harden, the Nets shipped out Caris LeVert (who ended up on the Pacers via the Rockets), Jarrett Allen, and Rodions Kurucs (both to Cleveland), as well as three first-round picks and four pick swaps to the Rockets. The Pacers have also sent Victor Oladipo to the Rockets.

Anytime a team can add a player of Harden’s caliber, you have to assume that they’re going to dramatically increase their new team’s odds of winning a championship.

The Brooklyn Nets are now the favorites to win the Eastern Conference when all is said and done at the end of the season, according to FanDuel. Their moneyline to accomplish this feat is +120.

FanDuel is now listing the Nets as having a +270 moneyline when lit comes to hoisting the Larry O’Brien Trophy, which is the second-best odds league-wide. Only the Los Angeles Lakers odds of +260 are better, and a lot of that could do with the fact that the Lakers have more depth than the Nets at the current moment.

Odds to check out

To get a good idea as to how this trade as affected the NBA landscape, below are the Top 5 favorites to win the NBA Championship this season, according to FanDuel:

The Nets’ odds could rise if they manage to get more depth to compete with a complete team like the Lakers and if Harden, Kevin Durant, and Kyrie Irving play as well together as the team hopes they can.

However, it remains to be seen when the Nets’ ‘Big 3’ will be on the court together at the same time. Irving has missed his last several games due to personal reasons, and the NBA is currently investigating a video that allegedly depicts Irving at a birthday party without a mask on.

With that being said, Harden’s offensive talents will be welcomed by his former Oklahoma City Thunder teammate Durant, who has looked like the KD of old with how he’s stepped up in Irving’s absence.

FanDuel lists Durant as having the third-best odds of winning the NBA’s Most Valuable Player award at +700, only trailing behind Luka Doncic (+480) and Giannis Antetokounmpo (+600). It will be interesting to see if Durant can keep up his MVP pace to win the award for his second time as Harden’s added to the fold, giving him extra support.

One thing is for certain: the Nets have mortgaged their future to win now. Irving’s contract expires after the 2022-23 season, and Durant and Harden’s contracts have player options that would see them hit free agency at that same time as well, so there isn’t time to mess around.

If the Nets don’t win at least one championship with a combination of Harden, Durant, and Irving, the experiment will be a failure, and Brooklyn fans will be feeling like this was the Paul Pierce/Kevin Garnett trade all over again, except a lot worse.