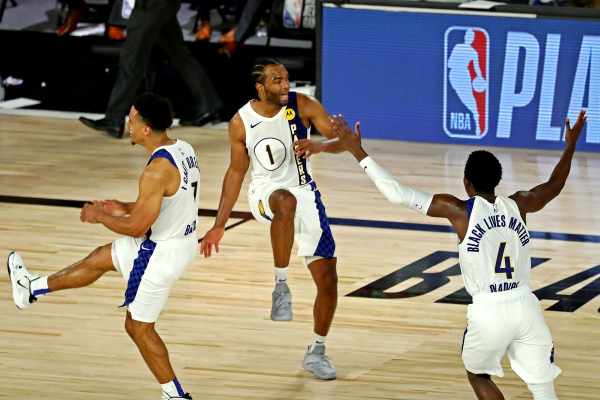 Monday night features a battle of Eastern Conference foes as the Indiana Pacers (43-27) take on the Miami Heat (43-27) at the Visa Athletic Center. While the Heat and Pacers sit fourth and fifth, respectively, in the East, the winner of this will move into the fourth seed outright. Tipoff for this matchup is scheduled for 8:00 pm ET.

The Indiana Pacers have won three of their last four, including a 116-111 win over the Los Angeles Lakers on Saturday. In that win, T.J. Warren led the Pacers with 39 points while Malcolm Brogdon and Victor Oladipo added 24 and 22 points.

While the Pacers have been surging, the Miami Heat have been struggling. They have lost three of their last four, including a 119-112 loss to the Phoenix Suns on Saturday. They played that game without both Jimmy Butler and Goran Dragic, but both have been upgraded to probable for Monday’s game.

According to FanDuel, the Heat are seen as the favorite as their moneyline sits at -138. For the Pacers, they sit at +115. The spread for this one comes in with the Miami Heat at -2.5.

On the defensive side, it is the Pacers who hold the advantage. They rank 4th overall in points allowed as opponents are averaging just 107.7 points per game. For the Heat, they come in at 11th, allowing an average of 109.2 points per game.

The Pacers are a unique group as they don’t necessarily have the star power of a lot of teams, but they certainly have depth that is hard to match. One of the best players for the Pacers as of late has been forward T.J. Warren.

He has averaged 19.9 points on 53.8% shooting on the season while also adding 4.2 rounds and 1.5 assists. Guard Victor Oladipo recently said that Warren was “playing on a different level right now.”

There is no denying that the Heat has struggled as of late, but they will get a big boost with the return of Jimmy Butler and Goran Dragic. On the season, Butler has averaged 20.2 points, 6.6 rebounds, and 6.1 assists in 56 games this season.

Taking The Pacers And The Points

It would not surprise me if the Heat ended up winning this, but I think that the Pacers keep it close. Between their stout defense and the upgraded play of T.J. Warren, the Pacers have been tough to match up with lately and come into this one playing well.

The Heat will get a boost from Butler in the lineup, but I think it will be close down to the wire. With that in mind, I am taking the Pacers at +2.5.