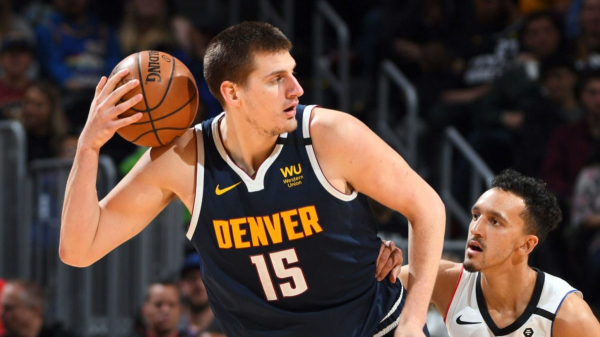 Sunday features a battle of East versus West as the Indiana Pacers (27-15) travel to the Pepsi Center to take on the Denver Nuggets (29-12). The Pacers currently sit in fifth place in the Eastern Conference, 10 games back of the first-place Milwaukee Bucks but only a half-game back of the Celtics.

The Nuggets reside in second in the Western Conference, just 4.5 games back of the Los Angeles Lakers. While there is a lot of season left, this is the type signature win both teams would like to get against a fellow playoff-bound team. Tipoff for this one is scheduled for 8 pm ET.

The Pacers come into this one having won four in a row, including a 116-114 win over the Minnesota Timberwolves on Friday. While they may not have a true superstar at this point, the Pacers still get very impressive production out of the likes of players like TJ Warren, Malcolm Brogdon and Domantas Sabonis.

Unfortunately, the Nuggets will be a little short-handed in this one. Jamal Murray, Gary Harris and Paul Millsap will all be out for this game, meaning that they are going to have to rely extra heavily on Nikola Jokic to carry the team. Still, Denver is tough to beat at home as it currently sits with a 17-5 record and will be looking to defend home court Sunday.

The Nuggets come into this one as 1.5-point favorites playing at home. The over/under for total points scored sits at 211.5.

Pacers Look To Steal One On The Road

For the Pacers, it is not about an absolute superstar but a conglomeration of solid players that has led to their success. In terms of points, the current leader for the Pacers is Warren, who is averaging 18.1 points per game as well as 3.9 rebounds, 1.4 assists and a steal. He will look to keep it going on Sunday against the Nuggets.

The Nuggets definitely come into this one hobbled, with Murray (ankle), Harris (groin) and Millsap (left knee contusion) all out. That is a combined 40.5 points, 12.1 rebounds and 8.2 assists per game. With those type of numbers missing from the lineup, others are certainly going to have to step up their games.

The most likely to do that is star power forward Jokic, who is averaging 19.2 points, 9.9 rebounds and 6.4 assists per game. Still, as dynamite as Jokic has been, it is hard to see him doing it all himself.

When completely healthy, I like the Nuggets all day over the Pacers. The problem, though, is that with three-fifths of the starting lineup out, Denver is far from healthy. While they still have their best player in Jokic out on the floor, I am not sure that he will be able to pick up the slack for three missing players.

The Denver Nuggets are still the favorites in this one, but for my money, I am taking Indiana and the 1.5 points.