Howard Joins Lakers, but Will it Work in LA? 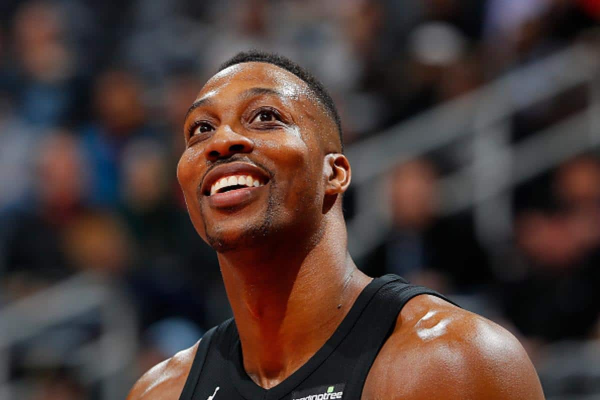 With the news that Dwight Howard will be joining the Lakers, people may be wondering if this will help the Lakers or set them back. The Lakers lost DeMarcus Cousins after he tore his ACL and their look for Howard to be his replacement. While the news isn’t official yet, it’s said to practically be a done deal.

Howard, who faced a list of injuries himself will look to stay healthy and help a Lakers team that made a splash in the off-season. You may have heard of a guy by the name of Anthony Davis who will be joining Lebron James in LA as they seek out an NBA title.

Dwight Howard was once viewed as a top center in the NBA, but with injury and locker room problems he has struggled to find recent success. Howard has been to the All-game 8 times and was Defensive Player of the Year three seasons in a row.

Howard has played with four different teams in the past four seasons. Last year he played only 9 games with the Wizards before going down with a surgery-required back injury.

This won’t be Dwight’s first time with the Lakers, where he played in the 2012 season. Howard was matched up with Steve Nash, but the team was unable to make it past the first round of the playoffs after losing to the Spurs. The Lakers had a 45-37 record that year.

Low-risk move for the Lakers

Since the Lakers will be making this deal a non-guaranteed one, they aren’t risking much. If Dwight doesn’t meet expectations, they can simply cut him. The center will look to have more success with the Lakers this time around.

The ex-all-star will be teamed up with quite the cast. It’s championship or bust for the Lakers this season, and it’s possible that Dwight could have an important role in them doing so. Last season the Lakers failed to make the playoffs, something that Lebron James is far from used to.

The Lakers currently have the second-best chances to win the NBA title, following behind the other LA team, the Clippers. The Lakers come in at +400 odds to win it all, while the Clippers sit at +350.

The Clippers added Kawhi Leonard and Paul George in the off-season, making them a huge threat to the Lakers. It’s sure to be a battle of the Los Angeles teams during the 2019-2020 season.

Will the addition benefit the Lakers?

It’s anyone’s guess as to whether or not the addition of Dwight Howard will actually help the Lakers. They really have nothing to lose by giving him a chance, though. For a player who once played at an extremely high level, they hope that he will show signs of doing so once again.

Having a very talented team around him should help significantly. With veteran Lebron James leading the way, the Lakers will look to find their way into the playoffs as a top seed.

If Howard can stay healthy and keep a good relationship with his teammates, you have to like his chances at succeeding in his second chance with the Lakers. This gives Dwight the perfect opportunity to make up for a lackluster season his first time around with the team. No one would love a nice comeback story more than the man himself.