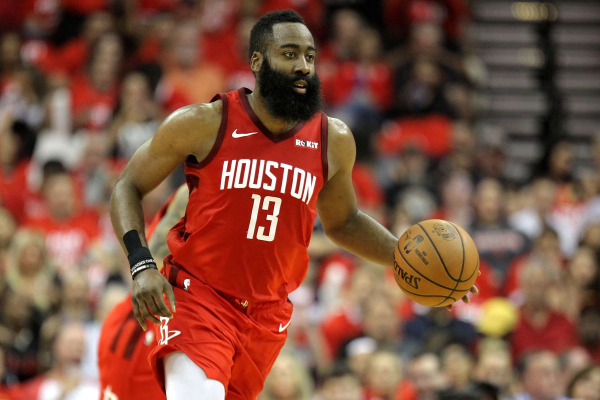 With the regular season behind us, the first round of the playoffs is in full swing and, to this point, it has not disappointed. We have seen upsets, blowouts, and nail-biters, all setting the stage for a fantastic NBA postseason.

On Saturday, in an exciting Western Conference showdown, the Houston Rockets (2-0) will take on the Oklahoma City Thunder (0-2) at the HP Field House. Tipoff for this one is scheduled for 6:00 pm ET.

The Rockets have taken the first two games in convincing fashion after beating the Thunder 123-108 in game one on Tuesday and 111-98 in game two on Thursday. They will look to keep it rolling Saturday evening.

In the last game, James Harden led the way for the Rockets with 21 points, five rebounds, and nine assists. What was most impressive for the Rockets was the depth of contributions as they had seven players score in double digits (including five that scored at least fourteen points).

In the loss, Thunder forward Shai Gildeous-Alexander had 31 points and six rebounds while Danilo Gallinari had 17 points and five rebounds.

According to FanDuel, the Rockets are favored as their moneyline sits at -148 while the Thunder’s sits at +126. The spread sits at the Rockets -3, and the over/under on total points scored is set at 224.

On the offensive side, the Rockets have been one of the best scoring offenses in the league. They rank 2nd in the NBA in points per game at 117.8 (only trailing the Bucks). For the Thunder, they come in 21st overall at 110.2 points per game.

On the defensive end, it is Oklahoma City that holds the upper hand. They rank 8th in points allowed at 108.7 points per game. The Rockets rank 22nd, allowing opponents to score an average of 114.5 points per game.

In the first two games, the Rockets have played without guard Russell Westbrook, who has been slowed down by a quad injury. For the Rockets, that means they are without the 27.2 points, 7.9 rebounds, and seven assists that Westbrook averaged during the regular season. Still, through two games, the Rockets are faring just fine without him and will likely allow him to rest again in game three.

Even without Westbrook, the Rockets have perennial MVP candidate James Harden on the floor. During the regular season, Harden averaged 34.3 points on 44.4% shooting with 6.6 rebounds and 7.5 assists per game. Despite his ability to go off, he might be at his best when he’s getting teammates involved in the offense as he did in the game two win.

The last thing the Thunder can afford to do in this series is drop game three, so I anticipate they will come out guns blazing in this one. While they may not have the superstar of a James Harden on their team, their depth gives them the ability to run with most teams.

Despite the even distribution of points, the Thunder needs playmakers to step up to keep up with the Rockets. One player who would love to do that is Chris Paul, who was traded from the Rockets to the Thunder in exchange for Westbrook.

Taking The Rockets To Win And Cover

Through two games, the Rockets have just dominated the Thunder. That doesn’t mean that Oklahoma City isn’t capable of putting the defensive clamps on Houston and taking game three, but there hasn’t been much evidence in the first two games that they can do that.

Until they show it, my money is going with the Rockets despite laying three points.