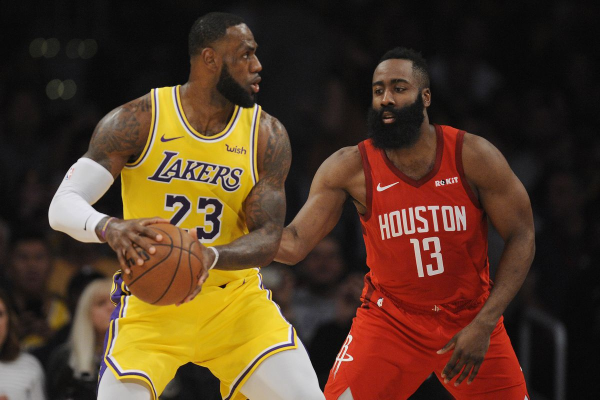 Sunday night features a matchup of two of the best players in the league, as James Harden and the Houston Rockets (1-0) take on LeBron James and the Los Angeles Lakers (0-1). This is the second game of a best of seven series. Tipoff for this one is scheduled for 8:30 pm ET from the Advent Health Arena.

In Game 1, the Rockets shocked the Lakers with a 112-97 upset victory. In the win, James Harden led the way with 36 points, two rebounds, and five assists. Both Russell Westbrook (24 points, nine rebounds, six assists) and Eric Gordon (23 points, three rebounds) were also solid in the victory.

In the loss, Anthony Davis led all Lakers in scoring with 25 points while also chipping in 14 rebounds. LeBron James went for 20 points, eight rebounds, and seven assists.

According to Fanduel, the Lakers come into this one as the favorites as their moneyline sits at -220 while the Rockets are at +184. The spread is set at Houston +5 while the over/under for total points scored is 223.5.

If you are betting the series winner, Los Angeles is still the overwhelming favorites despite losing Game 1. Their line sits at -230 to win the series while the Rockets sit at +184.

On the offensive side, the Houston Rockets are one of the best scoring teams in the NBA. They rank 3rd overall averaging 117.1 per game. The Lakers come in 10th overall with 113.5 points per game.

Defensively, it is the Lakers who hold the advantage. They rank 3rd in points allowed per game at 107.6. The Rockets rank 21st as they are allowing opponents to score an average of 113.7 points per game.

As evident in Game 1, the Houston Rockets don’t fear the Los Angeles Lakers. With one of the best offenses in the game, they know they have the firepower to take it to Los Angeles on a nightly basis and look to keep their momentum going and take the first two games.

To do so, they will continue to rely on the impeccable play of James Harden. In 8 games this postseason, Harden is averaging 30.5 points on 48.1% shooting, including 32.6% from behind the three. In addition to his scoring, he is averaging 5.8 rebounds and 7.6 assists per game.

Despite being the best team in the Western Conference during the regular season, the Lakers know that the Rockets are a tough matchup due to their prowess as an offensive juggernaut. To take Game 2, they will have to contain Harden while having to adjust and shuffle their lineup.

One of those adjustments may come in the form of Anthony Davis playing center. Given that the Rockets play more of a smaller lineup that looks to get up and down the floor, the Lakers may have to adjust and think matching that small lineup.

Anthony Davis has been solid this postseason for the Lakers. In six games, he is averaging 29 points, 10.2 rebounds, 3.7 assists, and 1.8 blocks. If the Lakers are to even up the series, he will once again have to be spectacular.

That also applies to LeBron James. In what would probably be characterized as a rough night for LeBron, Game 1 left something to be desired for a Lakers team as a whole that has high expectations of a championship. This postseason, James is averaging 26.2 points, 9.8 rebounds, and 9.7 assists per game. He will look to be better on Sunday.

Lakers Win, But Can They Cover?

The NBA is a league of adjustments, and I think the Lakers will be making adjustments to their lineup and rotation before Game 2. With that in mind, I like them to come out and look like the team that went 52-19 during the regular season and won the west by over three games.

While I do like them to win, I don’t know if I see this as a complete blowout. Harden, Westbrook, and Gordon are just too good to be completely contained. This one will be close, and while I like Los Angeles to win, I do like the Rockets to cover the 5-point spread.