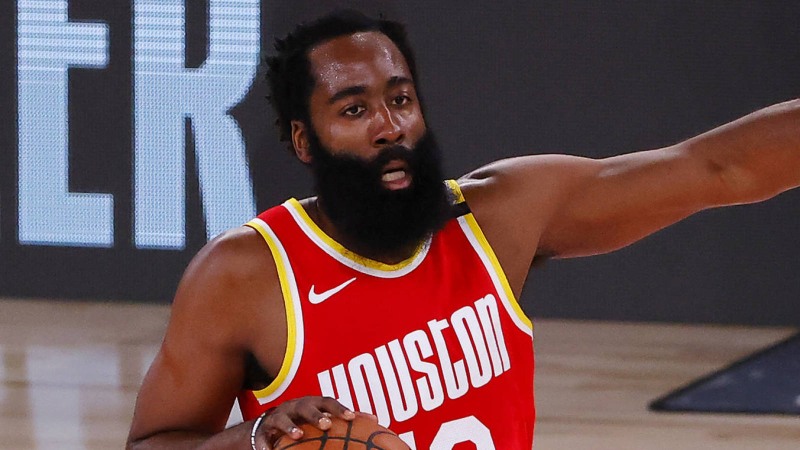 James Harden, the 2018 Most Valuable Player (MVP), hasn’t reversed leaving the Houston Rockets to pursue his trade request. With the 2020-21 NBA championship at hand, the Rockets will most likely let Harden go and get a suitable replacement before the season kicks off.

Would The Rockets Be Able To Go Through With it?

The offseason has the Rockets upgrading their game, much more with the acquisition of some key players. The team has successfully added Christian Wood, John Wall, and the Marcus cousins, who are notable players with outstanding records. The sudden news of Harden presenting a trade request has been accepted by the team.

The NBA insider, Adrian Wojnarowski, in his tweets, stated that the Houston Rockets are not ruling out the trade request of Harden. He further noted that the Rockets are more likely to move on with their activities “sooner than later.” However, the team and Stephen Silas, the team’s new head coach, would have to find the perfect replacement.

Odds for James Harden Next Destination

There is a noticeable price tag on Harden that seems relatively high, and most teams are unwilling to take it up. But, the Philadelphia 76ers have a potential deal for Harden’s trade, as they are ready to trade one of their key players. Another destination for Harden that seems fair for the Rockets is Miami Heat.

However, the chances for Harden to land in Philadelphia 76ers is set at +175 odds, and Miami Heat is +250 odds. The player can also land in Brooklyn Nets with an odd of +300 or get traded off to the Raptors with a +400 odd.

Hardens Contract with the Houston Rockets

The signed contract of James Harden was right before the 2012-13 NBA championship season, and the player also signed a contract extension with the team in 2017. Thus, it was expected that Harden would play for the Rockets for two more seasons. The $228 million six years deal signed off by the player is seemingly the richest deal in NBA history.

Playing for the Rockets, the player has garnered many fans, and he currently has an excellent record. However, he has continuously had his way, as he has been spotted behind some of the team’s decisions. According to some reports, the player was reportedly behind the removal of the team’s former head coach, Kelvin McHale.

Also, there were rumors that he had a hand when the Rockets traded Chris Paul in 2019. However, the team’s new formation had wanted James Harden with them, but if the player is unwilling to stay, the Rockets can’t do anything about it.

Conclusively, the Houston Rockets are eager to kickoff Harden’s trade deal and get a suitable replacement before this season commences. There are few days to go, as the NBA championship is scheduled to commence on December 22. Not putting up with Harden’s antics, the Rockets are sure to get started with this season without his assistance. The team also looks forward to a fantastic game with the newly acquired players.