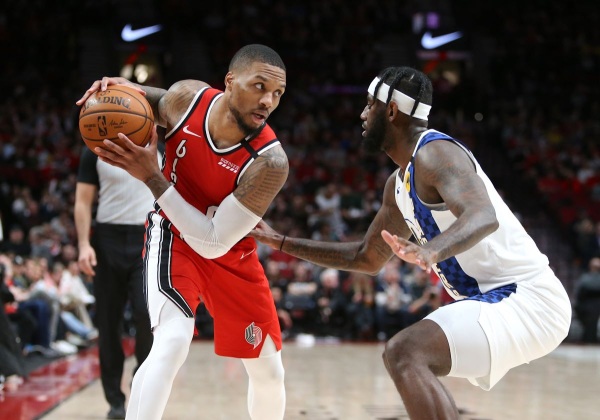 Wednesday night features a matchup of Western Conference foes as the Houston Rockets (29-17) travel to the Moda Center to take on the Portland Trail Blazers (20-27). The Rockets currently sit fifth in the Western Conference standings, seven games back of the first-place Los Angeles Lakers.

The Trail Blazers are 10th in the standings, 16.5 games back of the Lakers and three games behind the Memphis Grizzlies for the last spot in the playoffs. This is a big game for both teams as they try to jockey for positioning as we have surpassed the halfway mark of the season. Tipoff for this one is scheduled for 10 pm ET.

No James Harden, no Russell Westbrook, no Clint Capela was no problem for the Rockets. All three of those players sat out of their last game against the Utah Jazz, but the Rockets were still able to come away with a victory thanks in large part to a 50-point game by guard Eric Gordon.

With both Harden and Capela questionable for Wednesday night’s game, the Rockets may need an equally impressive performance to take home a victory on the road.

The only thing consistent for the Trail Blazers has been how inconsistently they have played. In their past 10 games, the Blazers have gone 5-5, and on some nights look like world-beaters and on others look lost.

In their last game on Sunday, they beat the Indiana Pacers at home. They will look to have similar success against the Rockets on Wednesday.

The Trail Blazers come into this one as one-point favorites playing at home.

Even though he has struggled of late, Harden has been on a different level this year on the offensive end. On the season, the guard is averaging 36.1 points, 6.2 rebounds, 7.3 assists and 1.6 steals per game. The question is whether he will be able to play as he has been listed as questionable with a thigh injury, the same thing that kept him out of the Rockets’ last game.

Aside from Harden, the Rockets still have tons of talent. Westbrook has started to find his niche on this team, averaging 26 points, 8.1 rebounds and 7.4 assists per game. If the team can get Gordon going like he did the other night when he dropped 50, this team could really be lethal offensively. On the year, Gordon is averaging 16.3 points.

One last player of note is Capela. The Rockets’ big man has averaged 14.2 points and 13.9 rebounds per game while also adding 1.9 blocks. Like Harden, he is listed as questionable with a heel injury.

Trying To Get Wins

As good as the Rockets have been this year, Damian Lillard may be even better over the last week. In his last three games, Lillard is averaging over 52 points per game. On the season, Lillard is going for 28.8 points, 4.2 rebounds and 7.7 assists. When he is on, he is one of the toughest guards in the league to stop.

Aside from Lillard, CJ McCollum and Carmelo Anthony have been the other leading scorers for the Trail Blazers. McCollum is averaging 21.6 points, four rebounds and 3.8 assists per game, while Anthony is averaging 16.1 points, 6.5 rebounds and 1.5 assists. Hassan Whiteside (15.6 points, 14 rebounds) and Trevor Ariza (14 points, 5.5 rebounds) have also been solid.

I generally don’t base my decision on just one player, but in this one, I am going to. Keep an eye on the status of Harden. If he plays in this one, I think he and the rest of the Rockets will be able to outscore the Trail Blazers and come away with a victory on the road.

The combination of Harden, Westbrook and a newly confident Gordon is tough to run with. If Harden isn’t able to play, I am going to take Lillard to keep his hot streak going and lead his team to victory at home.