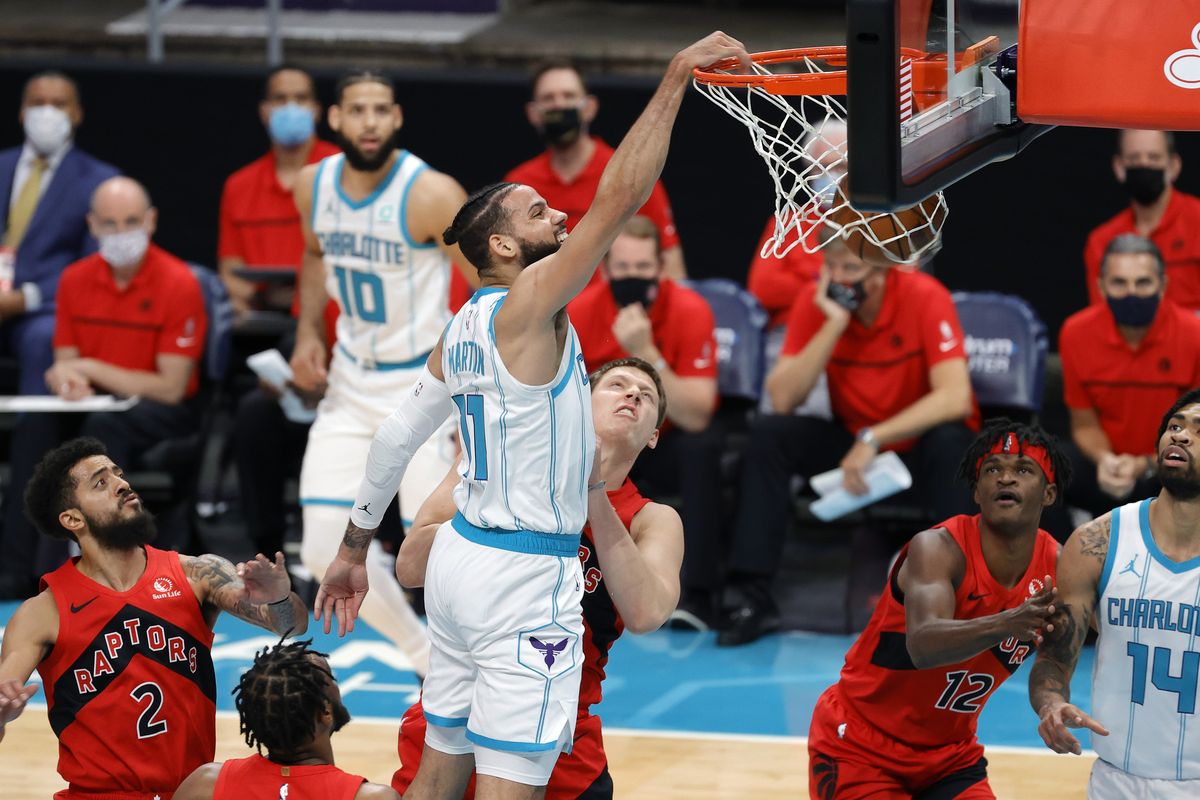 We are almost halfway into the first half of the 2021 NBA season, and teams are starting to secure their positions on the table. The season is still in its early stages, but these early stages can be the difference between a playoff team and one which will end their run in the regular season. It has been a poor start of the new season for the Toronto Raptors as they are finding it difficult to get in their strides. They faced-off with the Hornets on Thursday and were able to secure their second victory in their make-shift home court in Tampa, Florida. The Raptors are on a 3-8 run and sits at the 13th position in the Eastern Conference table. The Charlotte Hornets started the season hot and looked like they could take on anybody. Right now, they look out of their wits and need a reboot. In their last outing against the Raptors on Thursday, they lost 111-108, bringing them to a 6-7. If the Hornets are ready for revenge, their chance came sooner rather than later, as they will square-up with the Raptors on Saturday.

Odds for Hornets vs Raptors

The Hornets look more likely to win the second matchup, mainly because they are capable of playing better. The Raptors’ key man, Pascal Siakim, has been poor. Coming into the season, a lot of fire was expected from the forward but so far has endured a cold spell. The Toronto Raptors are favorites in this matchup, but the Hornets will close the spread as we are anticipating a close game.

Chris Boucher, The Man That Will Make the Difference

Fred VanVleet leads the Raptors in scoring, averaging 20.5 points per game, but was not the best Raptor on the pitch against the Hornets on Thursday. Chris Boucher came off the bench and put up 25 points, 10 rebounds, and 2 blocks. He led the Raptors to their second home win and third in the season. It is very early to say, but he is a likely recipient of the “Most Improved Player” award. Commenting on his performance post-game, the Forward expressed gratitude to Kyle Lowry for bringing out the best in him.

VanVleet recorded 17 points, 1 rebound, and 8 assists. Lowry recorded 16 points, 6 rebounds, and a team-high 12 assists. Pascal was not as effective as expected as he finished the game with 15 points, 7 rebounds, and 4 assists. Running the offense through Boucher is sure to bring results. The Hornets couldn’t handle him, and if they play the same way, he will help them to a two-game win streak, the first time this season.

The Hornets On a 0-2 Streak

As earlier stated, the Hornets started the season on a high note, looking like Playoff spot contenders. However, things have started to go downhill for them. They are on a 6-7 run and are eighth-placed in the Eastern Conference table. They were behind during half-time but attempted an inspired comeback in the third and fourth quarters. It was close, seeing that they lost the game by just three points. Terry Rozier led the Hornets with 22 points, 3 rebounds, and 5 assists. The highlight performance came from the rookie, who is perhaps the best in his class – LaMello Ball. Coming off the bench, he put up 14 points, 6 rebounds, 3 steals, 1 block, and a whopping 11 assists. If he had more time on the court, perhaps the Hornets could have stolen a win.

It will be an incredibly close run, but I favor the Hornets to win. The Hornets look like a determined team and will put in the extra effort to win the game. The veteran Gordon Hayward, who was signed by the Hornets in the off-season missed the Thursday fixture and us questionable for Saturday.

Make no mistake, the Raptors are perfectly capable of taking the W, only if Boucher is as effective as he was last time out. Betting on the spread will be Moneyline will be unwise as there is no telling who will come out on top at the sound of the final buzzer.