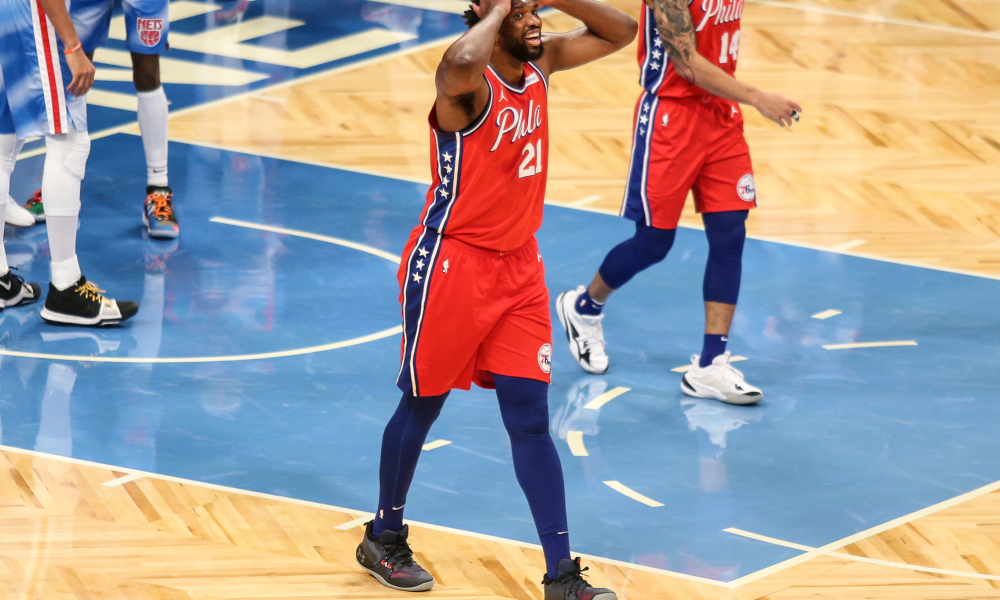 Two days after an entertaining overtime thriller, the Philadelphia 76ers (8-4) and Miami Heat (4-5) will meet again at the Wells Fargo Center in Philadelphia on Thursday at 7 pm ET.

On Tuesday night, the two teams met in Philadelphia and ended the night with a 76ers 137-134 overtime win. Center Joel Embiid was the star of a show, putting up a monstrous 45 points and 16 rebounds, but he wasn’t the only 76ers player who had a big game. Danny Green also had a double-double in the 50 minutes that he played, contributing with 29 points, 10 rebounds, and nine three-pointers.

The Heat was without several players for the game, including Jimmy Butler, Bam Adebayo, and Goran Dragic, who were out of the lineup due to COVID-19 contact tracing. However, in their absence, Tyler Herro (34-7-4) and Duncan Robinson (26-2-1) stepped up to the occasion and had good showings.

Odds for Heat vs 76ers

As seen in their most recent meeting, neither time should have issues scoring.

Throughout the season, both teams have been around the middle of the pack when it comes to points allowed, however, that’s changed over each team’s last three games.

If recent history, including the Tuesday matchup, is any indication, there could be another high-scoring affair on Thursday night.

Will Embiid carry the load again?

It’s no secret that Joel Embiid wants to hold up the Larry O’Brien Championship Trophy this season and if he continues to play as he did on Tuesday, that dream may become a reality.

Embiid has been hot all of January, averaging a 26.7-12.0-3.5 stat line with .558/.389/.887 shooting splits. Knowing that Adebayo won’t be back for Thursday’s game means that Embiid may be in the position to have yet another dominant game at home.

However, the 76ers’ path to victory will be easier if Ben Simmons has a better game than he did. Simmons only shot the ball twice from the field on Tuesday, putting up a stat line of 5-6-12. He even had two steals, however, he also had six turnovers. While defense and playmaking have always been Simmons’ top assets, a little more scoring never hurt the team.

Mike Scott when being a rotational depth piece to having a big impact on Tuesday’s game, playing a career-high 46 minutes while adding 16 points. Can Scott go out and play that many minutes every night? Probably not, but as long as Tobias Harris continues to be out, Scott and Danny Green will be called upon for a bigger role on forward.

Can the Heat’s youth step up again?

It’s already been announced that Bam Adebayo, Jimmy Butler, Goran Dragic, and the other players who missed Tuesday’s game due to COVID-19 precautions will not be available for Thursday’s matchup.

This means that the likes of Herro, Robinson, and Gabe Vincent will need to step it up again this game.

In his rookie season, Herro only started in eight games whereas he’s started all nine so far this season. So far, he’s averaging 17.7 ppg and has scored over 30 points in his last two games. Without the Heat’s top players, the pressure will be on Herro’s shoulders to have another game just as big, if not bigger than the last.

It would also be nice for the Heat if they could get more out of Robinson.

Vincent, who has only played two games this season and 11 total in his NBA career, had a decent showing Tuesday night against the 76ers by putting up 24 points, which is a career-high by far. Is this sustainable? Only time will tell, but it would be beneficial to the 76ers in the long run if Vincent could become a consistent contributor.

I know that the last game was extremely close in overtime, but I just don’t see a world where the Heat can stop Embiid with their current lineup. If he has another game like he did on Tuesday, the Heat may as well start looking towards their next game.