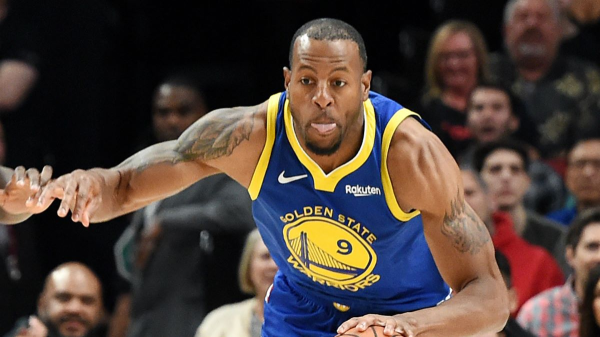 Andre Iguodala has received his wish of leaving Memphis, as the Grizzlies have agreed to a deal that will send the veteran swingman to the Miami Heat. Additionally, the Grizzlies, Heat, and Thunder are working on a three-team trade that would also end up with Danilo Gallinari in Miami.

Thus far, Justise Winslow headlines the package the Heat will be sending to Memphis in return for Iguodala. Winslow has struggled with injuries this season, playing only 11 games while averaging 11.3 points, 6.6 rebounds, and four assists per contest.

Iguodala, who hasn’t played for Memphis at all this season, was sent to the Grizzlies last summer to make the numbers work on a three-team trade that took All-Star D’Angelo Russell from Brooklyn to Golden State. Iguodala is currently making $17.2 million on the final year of his contract, and has reportedly agreed to a two-year, $30 million extension with the Heat.

After losing to the Clippers on Wednesday night, Miami forward Jimmy Butler acknowledged the acquisition of Iguodala.

“He knows how to (win) on both sides of the ball. He’s super smart. There’s nothing he cannot do,” Butler said. “We got a lot of pieces, man. He’s definitely going to add to that.”

The Heat now hope Iguodala can bring his championship pedigree to South Florida.

What The Heat Are Getting

Even in the world of basketball, where just about every player is an incredible athlete, Iguodala has a unique set of skills that he used to help Golden State win three titles in four years. In fact, he was an integral part of that dynasty.

Iguodala won’t often wow you with his stat line, but he’s still considered one of the league’s premier defenders on the perimeter – a rarity at this level when it could mean guarding players like LeBron James and Kawhi Leonard.

After averaging 5.7 points, 3.7 rebounds, and 3.2 assists while coming off the bench for the Warriors during the regular season last year, Iguodala started the majority of playoff games and put up 9.8 points, 4.3 rebounds, and 4.0 assists per contest.

Now, he’ll slot right in to a Miami team that’s currently sitting fourth in the Eastern Conference with a record of 34-16. The Heat think they have a shot come playoff time, and they’ll look to Iguodala to bring his championship experience to the table.

Gallinari would add depth to Miami’s big men, who are led by the 15.9 points and 10.4 rebounds per game of Bam Adebayo.

Although we won’t know the full betting impact of these deals until they’re finalized, it had become clear that Miami needed to make a move or two to turn itself into a true title contender.

But despite trailing Milwaukee, Boston, and Philadelphia as favorites in the Eastern Conference, Miami is gaining some credit as a threat to win a championship. Whereas the Heat had previously been a significant longshot to win the NBA Finals, they’re currently tied for the eighth-best odds of +2300.

While that still places them a far cry from the +290 odds of the Bucks and Lakers, Miami can be happy that it’s among the nine teams that make the cut before odds drop off to +3600 for Toronto.

With the addition of Iguodala (and possibly Gallinari), Miami is now attempting to put together a championship roster that can complement Butler and compete at the top of the Eastern Conference.