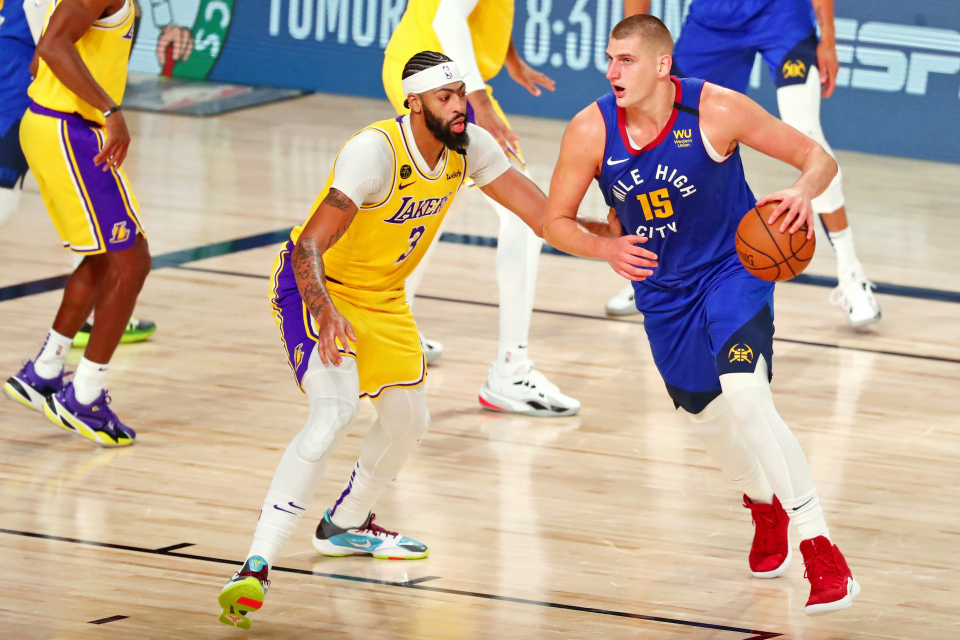 Game 3 of the Western Conference Finals will tip-off on Tuesday, September 22nd at 9 p.m. ET. The Lakers are currently up 2 games to 0 coming off an extremely close Game 2 victory that was capped off by Anthony Davis’ buzzer-beating 3-pointer. “KOBE!” was what Davis yelled as he ran and jumped frantically back towards his Lakers teammates on the bench. The Lakers confidence is sky high with their young star living up to the hype and showing up alongside LeBron James when it has mattered thus far.

Although the Nuggets lost Game 2, don’t be surprised if they manage to pull out a win in the next game as they only lost by a basket. The Nuggets star big man Nikola Jokic, who looks like he can do it all, seemed to gain back some of his confidence after struggling in Game 1. Down the stretch of the 4th quarter in Game 2, nobody on the Lakers could stop the Joker as he scored the team’s last 12 points, all coming within the final 5 minutes. This is something Nuggets fans should be extremely pleased about, as it gives them a reason to look for him to be more aggressive next game because of this.

Jamal Murray was also stellar in Game 2, putting up 25 points, 6 rebounds, and 4 assists in his 44 minutes played. When Murray was in the game, the Nuggets were +16, contributing a whole lot both on the offensive and defensive end.

PJ Dozier has been a positive boost of energy that has been implemented into the rotation now as well. In Game 2 the Nuggets also had fewer turnovers, shot a higher percentage from the field, and had more chances at the line but missed 8 of their 33 attempts.

If the Nuggets can capitalize on these mishaps, they very well could take Game 3, we’ve seen in the past 2 series that this team has no problem coming back from being down a few games, so don’t expect the Lakers being up 2-0 to rattle the Nuggets at all. A major key for the Nuggets going forward will be to limit “the other guys” per se. LeBron James and Anthony Davis are elite players who will make shots no matter what throughout the game but the Nuggets can’t afford to let the Lakers’ other guys contribute how they have.

The Lakers are shooting 38% from 3 this series while their season average was 34%, that 4% higher clip is a major problem for the Nuggets that they need to limit. Aside from this, they will also have to shoot better from 3, as their percentage is down to 34% from 35.9% in the series.

Another important factor for the Lakers will be if Dwight Howard can continue contributing effectively in his role of guarding Jokic. If Jokic gets as hot as he did in the 4th quarter of Game 2, the Lakers could be in trouble. Aside from this, limiting Jamal Murray should also be at the top of the Lakers defensive priorities next game, because if they successfully slow him and Jokic down, the Lakers will be well on their way to leading the series 3-0.

Below are the odds for the series and upcoming Game 3 from Fanduel: