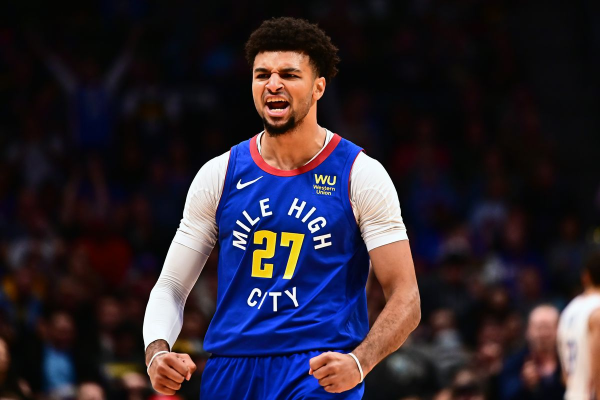 Sunday night features a matchup of Western Conference foes as the Denver Nuggets (1-2) take on the Utah Jazz (2-1) in a first-round meeting. The Nuggets have dropped two in a row to the Jazz and hope to even up the series in game four. Tip for this one is scheduled for 9:00 pm ET from AdventHealth Arena.

Over the last two games, the Jazz have taken care of business on both ends of the floor. In the previous two wins, Utah scored 124 points while holding the Nuggets to 105 and 87 points. On Friday, the Jazz destroyed Denver by 37 points behind the three-headed monster of guard Donovan Mitchell (20 points, 4 rebounds), center Rudy Gobert (24 points, 14 rebounds) and guard Mike Conley Jr. (27 points, four assists).

In the loss Friday, center Nikola Jokic led the way with 15 points, 5 rebounds, and 6 assists. To highlight the Nuggets’ struggles, they only had three players score in double digits, including Jokic, guard Jamal Murray (12 points, 5 rebounds, 6 assists), and Bol Bol (11 points).

According to FanDuel, the Utah Jazz are favored to win in this game as their moneyline sits at -146 while the Nuggets’ to win as ‘dogs pays +126. The spread has the Jazz -3, and the over/under on total points scored is set at 215.

On the defensive end, it is the Jazz who once again come out on top. Utah ranks 9th in the NBA in points allowed as opponents are averaging just 108.8 points per game. The Nuggets surrender an average of 109.8 points per game to opponents, 12th in the league.

Nuggets Hope To Tie It Up

In the first game of the series, the Nuggets got a ton of production up and down their lineup. They had six players score in double digits led by Jamal Murray (36 points) and Nikola Jokic (29 points). Unfortunately, since then, depth has been spotty at best as the Utah defense has stepped up.

To have success, Murray and Jokic are the keys. During the regular season, Murray averaged 18.5 points, 4 rebounds and 4.8 assists while Jokic averaged 19.9 points, 9.7 rebounds and 7 assists. To get back into it, they will have to lead the way for the Nuggets.

After a first rough game that allowed the Nuggets to get easy looks throughout, the Jazz defense has buckled down over the last couple of games while the offense has still produced. They will look to keep that trend going in game four on Sunday.

Leading the way for the Jazz this year has been Donovan Mitchell. During the regular season, Mitchell averaged 24 points, 4.4 rebounds and 4.3 assists per game. In the first game, he went off for 57 points in the loss. With that in mind, though, the team has played better when the offense has spread out more, allowing the Jazz to take the last two games.

Taking The Jazz To Win And Cover

After a loss in the first game of the series, Utah has seemed to figure it out on both ends of the floor over the last two matchups. I really have no reason to think that will change Sunday. While I don’t anticipate another 37-point blowout, I do expect the Jazz to win. For my money, I am taking Utah at -3.