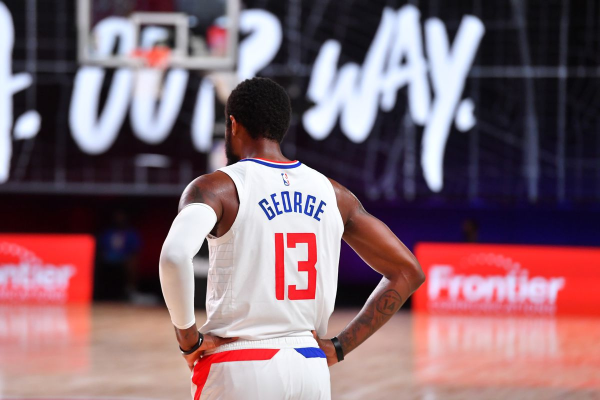 After an exciting first round, the Denver Nuggets and Los Angeles Clippers are set to take battle in a Western Conference semifinal on Thursday night. This will be the first game of the best of seven, and tipoff for this one is scheduled for 9:00 pm ET from the Advent Health Arena.

The Denver Nuggets come into this one having been pushed to the brink by the Utah Jazz. After dropping to a 3-1 deficit, the Nuggets came storming back, winning three in a row and knocking the Jazz out. They will look to keep the momentum going against one of the West’s best.

The Los Angeles Clippers also had a more challenging road in the first round than many anticipated. Even though they won four games to two over the Dallas Mavericks, Luka Doncic and the Mavs gave them a tough series. The Clippers hope to set the tone early in this series, though, and a win in Game 1 would go a long way towards doing that.

According to Fanduel, the Los Angeles Clippers come into this one as the overwhelming favorites. The moneyline for the Clippers sits at -390, while the Nuggets are at +310. Furthermore, the spread for this one comes in with the Nuggets +8.5, and the over/under is set at 223.

Entering the first game, if you are interested in betting the series, the Clippers are -1500 to move on while the Nuggets sit at +790.

On the defensive end, it is the Nuggets who hold the slight edge. They currently rank 11th in points allowed per game at 109.5. The Clippers come in 14th overall, allowing an average of 110.4 points per game to opponents.

Nuggets Trying To Make It Four In A Row

After a grueling first round that saw them have to win three games in a row to make it to the second round, the Nuggets are hoping to ride that momentum into the opening game against the Clippers.

Like in the last series, if they are to have success, they will have to rely on guard Jamal Murray and big man Nikola Jokic. In the previous series, Murray elevated his game to a superstar level and is one of the main reasons they are still playing.

Jokic also had an excellent series against the Jazz. He averaged 26.3 points on 51.5% shooting. He also chipped in 8.1 rebounds and 5.4 assists per night.

Since the season began, it has seemed as if the Clippers were on track for a showdown with their Los Angeles companions, the Lakers, in a Western Conference championship matchup. If they are smart, though, the Clippers will not overlook a scrappy Nuggets team.

Luckily for the Clippers, they have a solid veteran presence of Kawhi Leonard and Paul George leading the way. In particular, Leonard has been here before having won the NBA championship last year with the Raptors. In the previous series, Leonard led the Clippers averaging 32.8 points, 10.2 rebounds, and 5.2 assists per game over six games.

For George, he started a little slow last series but finished spectacularly. He averaged 18.5 points, 6.8 rebounds, and four assists per game for the series, but he played better than that in the last few games.

This has all of the elements of a letdown game for the Nuggets. They just had an emotional high rolling off three in a row, including a down to the wire Game 7 that culminated in a series win. Now feeling like they can breathe a little bit again, I could see the Clippers taking advantage and jumping all over them in the opening matchup.