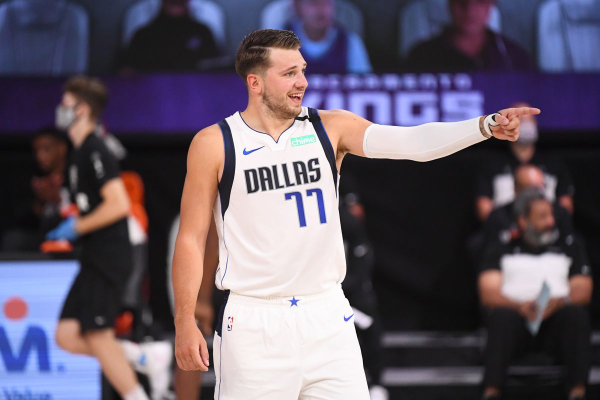 The regular season is over, and the NBA playoffs are set to get underway in the NBA bubble at Walt Disney World on Monday. In the West, one intriguing matchup will pit the 7th seeded Dallas Mavericks (43-32 in the regular season) against the 2nd seeded Los Angeles Clippers (49-23). Tipoff for this one is scheduled for 9:00 pm ET from the AdventHealth Arena.

The Dallas Mavericks, led by All-Star Luka Doncic, have won two of their last four seeding games but dropped the last two to the Trail Blazers and the Suns. Still, their high-power offense could give the Clippers fits in this series.

For the Los Angeles Clippers, they’ve won four of their last five, including the final two games of the seeding process. Led by Kawhi Leonard and Paul George, the Clippers are hoping to prove they are not only the best team in Los Angeles but also the best team in the Western Conference.

According to FanDuel, the Clippers are the overwhelming favorites to win the series as a whole at -500. The moneyline for the Mavericks winning the series sits at +360.

On the defensive end, once again, these two teams are pretty similar. The Clippers rank 13th in the NBA in points allowed per game at 109.9. For the Mavericks, they come in 16th, allowing opponents an averaged of 112.1 points per game.

Mavericks Hope To Steal Game One

On paper, the Mavericks come into this one as a big underdog, however, it is not uncommon for superstar power to rise to the top in the postseason. For the Mavericks, they are hoping that forward Luka Doncic does exactly that.

During the regular season, Doncic almost averaged a triple-double. On the season, he averaged 28.8 points on 46.3% shooting and adding 9.4 rebounds, 8.8 assists, and a steal per game. For the Mavericks to have a chance, he will have to elevate his game even more, but if he can, they may just take game one.

Other notable contributors for the Mavericks include Kristaps Porzingis (20.4 points, 9.5 rebounds), Seth Curry (12.4 points) and Tim Hardaway Jr. (15.8 points). For them to have a chance, their secondary players are going to need to elevate their games.

Clippers Look To Get Postseason Started On Right Foot

Los Angeles is a great place to be if you are an NBA fan right now. Between the Lakers and the Clippers, expectations are high in Hollywood, and the Clippers are set to prove they are the team that will prevail when it is all said and done.

Taking The Mavericks And The Points

I like the Clippers to win both this game and this series, as they are built for the playoffs with their depth. Despite that, it is just game one, and the depth might not be quite the factor with both teams having fresh legs coming into this.

I do like the Clippers to win, but the 5.5 points seems like a lot to spot when the Mavericks have arguably the best player on the floor with Luka Doncic. I wouldn’t blame you if you went with the Clippers in this one, but for my money, I like Dallas to cover the 5.5-points.