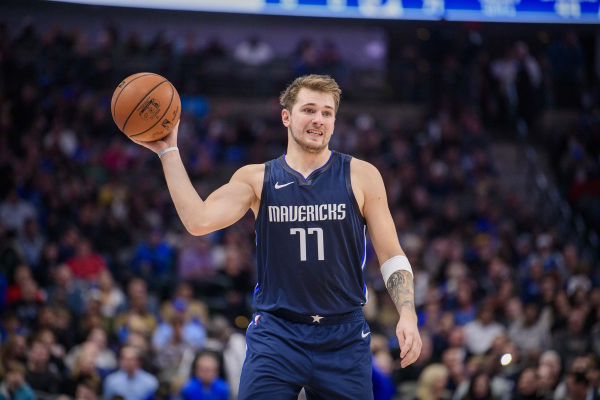 In a postseason that has been full of solid matchups, one of the best thus far may be the Dallas Mavericks (2-2) and the Los Angeles Clippers (2-2). After four amazing games, the two are set to do battle again on Tuesday from the AdventHealth Arena. Tipoff for this one is at 9:00 pm ET.

The Mavericks took the last game, on Sunday, with a 135-133 overtime win. A sensational performance by Luka Doncic fueled the victory. He had a triple-double, including 43 points, 17 rebounds, and 13 assists in 46 minutes of basketball. Trey Burke (25 points, 5 rebounds) and Tim Hardaway Jr. (21 points, 5 rebounds) also were significant contributors.

According to FanDuel, the Los Angeles Clippers still come into this one as the favorites despite losing the last game. The L.A. moneyline sits at -295 while the Mavericks come in at +240 for an upset win. The Mavericks are +6.5 underdogs for the point spread while the over/under for total points is 236.

These are two of the best offenses in the league when it comes to average points per game. The Mavericks rank 3rd averaging 117.3 points while the Clippers put up 116.7 points per game.

The Clippers also rank 14th overall in terms of opponents’ points per game at 110.6. The Mavericks come in 18th in the NBA as they are allowing opponents to score an average of 112.7 points per game.

If you didn’t already know that Doncic was one of the best players in the NBA, you do now. His performance last game was unbelievable and made even more impressive, knowing he did it on a less-than-100% ankle. The Clippers will look to try to contain the Dallas star on Tuesday, but that may be a futile effort. On the year, Doncic is averaging 28.8 points, 9.4 rebounds and 8.8 assists per game.

One player that the Mavericks are hoping they will have back Tuesday is Kristap Porzingis. The big man was a late scratch for the last game and will be a game-time decision. He has been dealing with knee soreness, and according to head coach Rick Carlisle, an MRI revealed nothing that would automatically rule him out.

This season, Porzingis averaged 20.4 points, 9.5 rebounds and 2 blocks per game. Despite the win on Sunday, they would love to get his production back into the lineup for game five.

Clippers Look To Bounce Back

Expected to be one of the favorites to make it to the Western Conference championship, the Los Angeles Clippers are quickly finding that they are going to have to earn it.

Without a doubt, the best player on the Clippers has been Leonard. Through the first four games, he is averaging 33 points, 10 rebounds, 5 assists and 2 steals per game.

Lou Williams has also been solid as he is averaging 20.8 points, 3.8 rebounds, and 5.5 assists per game.

The one player that the Clippers do need to step up is Paul George. This series he is averaging 15.3 points, 7.3 rebounds, and 3.8 assists, but he struggled in game four. George had just 9 points and 8 rebounds in 45 minutes on Sunday.

Taking The Mavericks And The Points