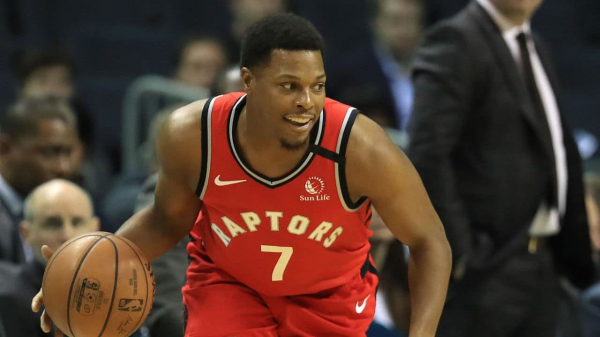 With a huge 10-game NBA slate on Wednesday night, there are a ton of great plays and a lot of players that should go under-owned due to the size of the slate. I really like this slate as a whole right now, but make sure to check on injury news leading up to lock to find more value on some sites.

There are a multitude of options at point guard on Wednesday, and I want to address a few of my favorites, and one of my fades quickly.

I like Kyle Lowry even at an elevated price tag with Pascal Siakam back. Without Fred VanVleet, Lowry has posted an insane amount of potential assists, and I expect him to reach double-digit assists again tonight.

Malcolm Brogdon is too cheap around the industry, and his 34 minutes last game is more than enough for him to exceed value. There was obviously some minutes concern last game, but that is now gone, and he should be about 10 to 20 percent more than he is across the board.

I will likely have very little Kyrie Irving and hope that he struggles on his first back-to-back since returning from injury. Irving has been lights out from the field, and his assist total against Utah was a little misleading. I think that two huge games could make Irving the chalk, and his usage is about average for his price and minutes expectation.

The Hunt for Value

Value is often plentiful on these large slates that are bound to have injury news, but this slate has not broken this way yet. I expect some unexpected things to pop up throughout the day as they always do, but there is not a ton of great value so far.

As of now, the only real situation that provides clear value is the potential of three missing starters in Denver Wednesday night with Paul Millsap being out and both Jamal Murray and Gary Harris being questionable. Denver is a very productive and deep team with a lot of talent on the bench, and I will play any of the starters if these guys are ruled out if the price is right.

I would likely avoid Torrey Craig if he starts at the 2, but any of Michael Porter Jr., Jerami Grant, Malik Beasley, and Monte Morris are very much in play if they are named starters.

There are a lot of players with Q tags right now, but I don’t see any imminent value other than the Denver guys due to injury, and this often results in bad players becoming chalky when they should not be. On a large slate like this, with players like James Harden, Luka Doncic, and LeBron James on the schedule, it is hard to not want a stud or two in your lineup.

While I understand this, do not play 25 percent-owned Svi Mykhailiuk because he plays 30 minutes a night when he has literally never scored 30 fantasy points. If you are desperate for value on this slate, take a chance on low-owned, high-upside plays on such a large slate.

I prefer a balanced build on this slate as of now without assuming we will get Morris, who would be a lock for me everywhere. There isn’t a ton of upside at cheap prices, and I am not going to settle for a player that projects to get 22 fantasy points.

On large slates like this, there will be players that smash their price tag. Don’t get caught up in their projections because that leads to inflated ownership and low ceiling plays in GPPs.

For example, someone like Mykhailiuk may project for more raw points than Josh Okogie, but Mykhailiuk is rarely winning you a tournament, while Okogie has 40 fantasy point games from time to time.