Can the Dallas Mavericks Take the Game to The Champions? 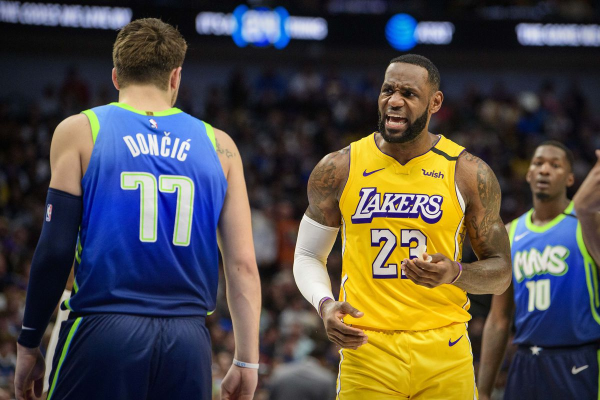 The NBA Champion Lakers had 58 days less than what the 2019 Champion Raptors got to rest after the postseason final. So, it’s okay to forgive them if they don’t race out of the blocks.

The Christmas Day fixture will, however, see the Los Angeles Lakers host the Dallas Mavericks at the Staples Center in Los Angeles, with tip-off at 8 pm ET. Both teams come into the game, having lost their first games of the season. Both teams are part of the Christmas Day matchups, and that should tell you something as fans and bettors alike will be expecting to see quality basketball during this prime time viewing.

Betting Preview for Mavericks vs Lakers

The Lakers come in as 6-point favorites at FanDuel (-250 on the moneyline), while the Dallas Mavericks are +205 ML underdogs. The total for this one is currently locked in at 227.5.

Will the Champions Shine on Christmas?

LeBron James had a poor shooting display and played just 28 minutes in his team’s opening night loss to the Clippers. Maybe he hurt his hand trying on his championship ring? He and the Lakers will not want to start the season 0-2 so expect a stronger effort than they were able to muster on Tuesday.

The roster for the Lakers team has seen a lot of changes as many of the popular names that were instrumental in their 2019-20 regular and postseason are absent. The likes of Dwight Howard, Rajon Rondo, Danny Green, JaVale McGee are all gone. It will not be the same without these players, but it can be argued that suitable replacements have been made in Marc Gasol, Dennis Schroder and Wesley Matthews.

Can Luca Doncic Overthrow the King?

LeBron is undoubtedly the King of basketball right now but at the ripe age of 36, he’s becoming vulnerable to usurpation. Doncic is one of the likeliest contenders for the crown and he might just show why in this major matchup.

Luka is an amazing player, as he has shown time and time again but apparently, not enough to unseat the King. Luca led the 2019-20 NBA season with 17 triple-doubles becoming the youngest player to lead the league in that stat. Doncic is undoubtedly off to a great start for a chance to unseat the King but still has a long way to go.

Dallas lost to the Phoenix Suns in their opener, but Doncic posted 32 points, 8 rebounds, and 5 assists in 36 minutes of action.

Betting Advice for Mavericks vs Clippers

The head-to-head has not favored the Mavericks so far, which is a point to consider. To be the champions, you first have to beat the champions, and the Mavericks might have a hard time doing that. In the 2019-20 season, the Lakers won three of four of their meetings, two of which were by double-digit wins.

Kristaps Porzingis is one that can spur the team to a victory as his partnership with Doncic has produced great results in the past. However, the forward is still out with a knee injury and will not be available for the December 25 bout.

It is unclear how serious the Lakers will be with this game considering their lack of rest. It is also unrealistic to expect much from the team if LeBron and Davis don’t spend 60+ minutes on the floor.

However, you cannot put it past the Lakers to win the game at the Staples Center. It should be a close game, and even if the Lakers win, they might have to fight hard for it.