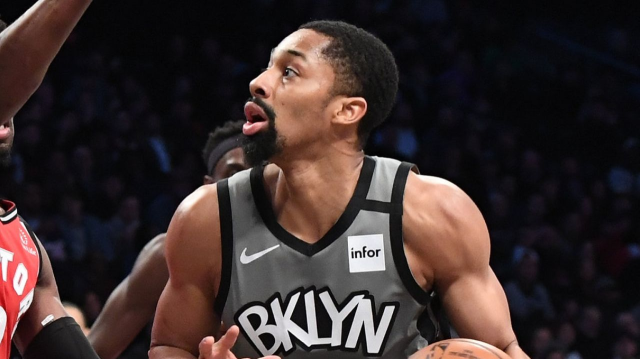 Now that the All-Star Game is over, the race to the playoffs begins. Thursday night features a battle of Eastern Conference rivals as the Brooklyn Nets (25-28) travel to the Wells Fargo Center to take on the Philadelphia 76ers (34-21). Both teams currently sit in playoff contention as the Nets sit in 7th place, six games behind the Indiana Pacers.

For the Philadelphia 76ers, they sit in fifth, 1.5 games behind the Miami Heat. As both teams try to solidify their positioning, both will be looking for the win on Thursday. Tipoff for this one is scheduled for 8 pm ET.

For the Brooklyn Nets, they come into this one having won two in a row, including a 101-91 win over the Toronto Raptors in their last game before the break. The Nets will be looking to tie the season series as they are 1-2 against the 76ers this year, including two losses in January, 117-111 and 117-106.

For the Philadelphia 76ers, they come into this one having won three in a row prior to the break. Their last loss was 112-101 on the road against the top-ranked Milwaukee Bucks. Since then, they beat the Grizzlies (119-107), Bulls (118-111) and Clippers (110-103). Despite the break, they will be looking to keep their winning streak going at home against the Nets on Thursday.

The Philadelphia 76ers come into this one as eight-point favorites playing at home. The over/under on total points scored is set at 216.5.

On the offensive end, neither of these teams is particularly dominant. The Brooklyn Nets currently have the advantage in scoring as they are averaging 110.5 points per game (109.7 on the road). For the Philadelphia 76ers, they come in 22nd in the NBA, averaging 108.6 points per game (111.9 at home).

On the defensive side is where the 76ers are especially potent. In terms of scoring defense, they currently rank 2nd in the NBA, allowing just 106.2 points per game to opponents (101.8 at home). For Brooklyn, they fall to 18th in the NBA allowing an average of 111 points per game (113.6 on the road).

After having signed both Kyrie Irving and Kevin Durant to big deals this offseason, they already knew that they would be without Durant. What management didn’t think, though, was that Irving would have to miss so many games too.

After dealing with a shoulder injury for much of the season, the pain has crept back, and he will miss this game against the 76ers. For the Nets, that means being without 27.4 points, 5.2 rebounds, 6.4 assists, and 1.4 steals a game.

With Irving out, they will need to turn to the likes of Spencer Dinwiddie to pick up the production. He is already having a fantastic year but will need to come up even bigger than his 21 points, 3.5 rebounds, and 6.6 assists per game for the Nets to have a chance.

The 76ers have been absolutely stellar at home, and it is in large part due to big man Joel Embiid. On the season, Embiid is averaging a double-double with 22.9 points, 11.9 rebounds, 3.2 assists, and 1.4 blocks per season.

Taking The 76ers To Cover

While I am generally resistant to taking a team spotting 8 points, there are two things that have me going with Philadelphia in this one. First, Kyrie Irving is out for this one as he still battles shoulder injuries leaving Brooklyn without a true star against one of the best defenses in the league.

Additionally, Philadelphia is just ridiculous at home. They have a league-best home record at 25-2, and I don’t see that changing in this one. For my money, I am taking the Philadelphia 76ers despite laying the eight points.