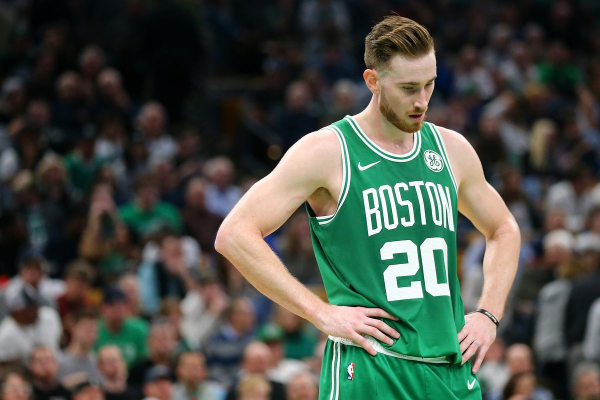 While the NBA kicks off its reopening night from the “NBA bubble” at Walt Disney World on Thursday, most of the teams don’t kick off their restarts to the season until Friday. Two of those teams are legitimate contenders for the Eastern Conference crown and have their ambitions set on an NBA Championship.

On Friday, the Boston Celtics (43-21) will be taking on the Milwaukee Bucks (53-12) at the HP Field House. This showdown of Eastern Conference foes is scheduled to tipoff at 6:30 pm ET.

The Celtics come into this one in third place in the East, sitting 9.5 games behind the Bucks, but just three games behind the Toronto Raptors. While catching the Bucks isn’t possible in the seeding portion of the regular season, they will still be jockeying for the best postseason slot.

The Bucks have been the best team in the NBA at 53-12. They currently hold a 6.5-game lead over the second-place Raptors and can be on cruise control heading into the playoffs. This team is built to dominate the East and should be considered a contender for the entire championship. The Bucks match up well with the likes of the Lakers or the Clippers (among others) from the West.

According to FanDuel, the Milwaukee Bucks come into this one as 6- point favorites. The over/under on points scored sits at 219.

On the defensive end, it is the Celtics that have the advantage. Boston boasts the 2nd overall scoring defense, allowing just 106.8 points per game. For the Bucks rank 5th overall in points allowed, giving up 107.4 points per game.

One issue that the Celtics will have is less than 100% Kemba Walker. Coach Brad Stevens has already said that he will be playing limited minutes as he builds up his knee strength. While Walker says, it is the best his knee has felt since back in September, there is no reason to push it too early, given Boston’s comfortable playoff seeding position.

Still, the Celtics have plenty of firepower even without Walker. One player for Boston to lean on is Jayson Tatum. In 59 games this season, Tatum has averaged 23.6 points on 44.8% shooting with 7.1 rebounds and 2.9 assists.

When talking about the Bucks, it starts with one person, Giannis Antetokounmpo. The “Greek Freak” has been sensational this season and is in line for strong consideration for the NBA MVP award. In 57 games, Antetokounmpo has averaged 29.6 points on 54.7% shooting. He is also averaging 13.7 rebounds and 5.8 assists per game.

While Antetokounmpo has been off the charts, Khris Middleton has quietly put together another solid campaign. He is averaging 21.1 points, 6.2 rebounds, and 4.1 assists in 55 games.

Especially with all of the unknown variables surrounding the restart, it is tough to take a team laying 5 points, but for the Bucks, I will make an exception. They have arguably the best player in the league going up against a team that is less than 100%. While I wouldn’t argue with you if you rolled the dice with the Celtics, for my money, I am taking the Bucks at -5.