Biggest Winners of the 2019 NBA Draft 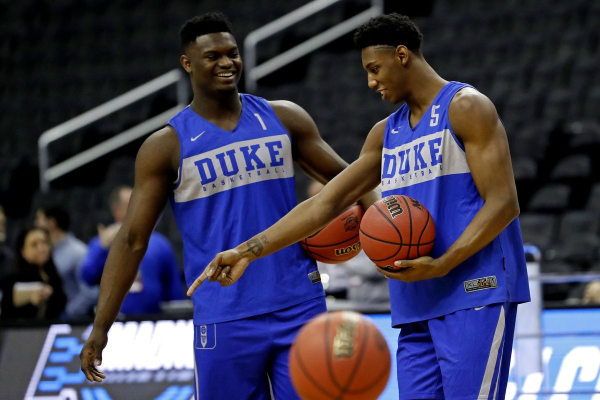 The NBA Draft is done, but those who reign victorious enjoy momentum going into next season, and bettors can cash in

Picking winners and losers is one of the most important aspects of cashing sports betting tickets, but if you’re unable to pick out the undervalued teams, you’re going to lose out on cashing out big-time in the future. While free agency has been one of the hottest topics in recent years, particularly in acquiring some of the most dynamic players in the current era, the draft is a great way to spot the teams building for promising success down the road.

In particular, the NBA Draft is one of the most impactful drafts in pro sports, and unlike other sports, where draftees develop quietly under the radar, in the NBA, star picks can immediately make an impact from day one of their professional careers. Case in point: the 2019-20 NBA season is primed for a lot of fantastic value, and a few great teams made picks that make them winners after draft night and, most important, could make you a winner down the road as the sportsbooks begin to adjust to their performance.

Here are some of the biggest winners of this year’s NBA Draft:

The New Orleans Pelicans undoubtedly won the draft based on their first pick alone: the highly-vaunted Zion Williamson, an explosively gifted 19-year-old out of Duke. Turn on the television or consume sports media, and there’s no doubt you know about this young man. But you should also know some of his fellow draft-mates that were selected in a draft where the Pelicans wheeled-and-dealt to acquire quantity in exchange for trading away their franchise player, Anthony Davis, who had been the franchise’s bedrock for the past seven years.

In one draft alone, the Pels transformed their team from a free agent-lacking dumpster fire into a promising core with a bevy of young talent. While Zion has multi-tool talent to become a star in the league, don’t overlook the other two selections of New Orleans from the first round: Jaxson Hayes out of Texas and Nickeil Alexander-Walker from Virginia Tech.

Hayes is a super-gifted athlete who is a true center, and Alexander-Walker is a gritty swingman with outstanding defensive skills who can develop into a phenomenal role player at the next level. A second-round pick, Didi Louzada, a Brazilian prospect, will develop in the Pelicans’ system overseas but could one day be a productive contributor to their squad.

Either way, the draft was picture perfect for New Orleans: they got younger, more talented, and have a truly great future ahead of them, and for gamblers, a lot of value.

It may seem like a cop-out to pick the next two respective picks to declare as your “winners” of the draft, but frankly, in a draft where there was a lot of great first-round talent, these are two teams that potentially acquired future All-Stars in their own right. Too many members of the NBA media transformed the 2019 draft into the Zion Williamson Sweepstakes, but in reality, Ja Morant and RJ Barrett have the tools and potential to be as great, if not greater, than Zion Williamson.

The Grizzlies, who blew their team apart in the past few seasons and cemented the demolition by trading away veteran floor general Michael Conley, acquire Ja Morant, a supremely gifted 2-guard who has a very Kobe Bryant-esque flair and style. On the other hand, the Knicks grabbed Zion’s former floormate from Duke in Barrett, who is a very gifted athlete and outstanding defender with a James Harden-style offensive game that, while extremely raw and undeveloped, has the potential to be a force to be reckoned with.

These are two teams that desperately needed star power, and there is no question both of these players will have the “it-factor” so many teams crave, while having tangible and immediate impacts to help these teams lose a lot fewer games in the near future.